The effects of digitalisation can be felt everywhere: processes and technologies are changing at an ever faster rate. The interconnectedness of companies and customers is also continually increasing and there is growing acceptance of new technologies on both sides.

The countries that are doing best

Fast Internet requires broadband access. South Korea recognised this fact more than 20 years ago and took the decision to build a fast fibre-optic network, which it has since done. As a result, a fibre-optic Internet connection in new builds is now as standard as the water and power supply.

A different path was chosen to accelerate mobile data transfer in Norway. At the end of last year, Telenor, the country’s biggest telecommunications company, raised the speed limit for the mobile Internet. Customers can now download their data at a speed of 52.6 Mb/sec. Telia, the second-biggest operator, followed suit shortly afterwards.

Most US companies have recognised the importance of digitalisation. The digital transformation is expected to have a direct impact on market shares and turnover there. Digitalisation is among the top three issues being addressed by companies; their own employees are also considered to be sufficiently qualified for the transformation process.

Those who need to catch up in Europe

Even though multibillion-euro companies in the tech sector are based in Eastern European states that are to some extent economically weaker, these countries are making comparatively slow progress with digitalisation. Internet connections are not available in many areas or are simply too slow. Above all else, however, the lack of suitably qualified employees is also holding back the fast development of the infrastructure and hampering innovation there.

In Romania, for example, only every other home has 4G; across the EU the figure is twice as high. The government wants to further expand the networks by the year 2020. To date, however, just eight per cent of Romanian Internet users do their shopping or banking online due to a lack of trust among them.

The problems are different in Italy, for instance. The country’s weak growth is primarily a consequence of the lack of political will to reform the Italian government. The low investment in research and development and the country’s infrastructure has to be tackled in order to set it on a higher growth course. Digitalisation is considered less important by comparison.

When it comes to digitalisation, in an international comparison there are winners, losers – and reasons. #jobwizards https://bit.ly/2ECOh3J

Generally speaking, the global comparison of Internet speeds doesn’t contain too many unexpected findings, but there is also the odd surprise. When the innovative strength of individual countries is examined, for example, the Bloomberg Innovation Index 2017 ranks South Korea, Sweden and Germany first, second and third respectively. The expectation that these rankings are also reflected in the comparison of Internet speeds is mistaken, at least as far as Germany is concerned. South Korea comes out on top here, with Norway and Sweden coming second and third respectively. Germany however, is lagging far behind in 25th place. Despite a promise made by the government back in 2013, the situation has barely changed since then. Critics say that the policymakers have failed to set out clearly defined goals.

It is different in Belgium, which features high in the rankings. The ‘Digital Belgium’ strategy outlines a long-term digital vision on the basis of five specific priorities: digital infrastructure, digital security, digital skills and jobs, digital economy and digital government. On a regional level, there are also strategies such as ‘Digital Wallonia’.

If the state does not promote digitalisation and companies do not demand it, progress will be hampered. No headway will be made where the expansion of the broadband infrastructure is not part of the political agenda of the governing parties and companies fail to see the need to move forward quickly, flexibly and with a new way of thinking. 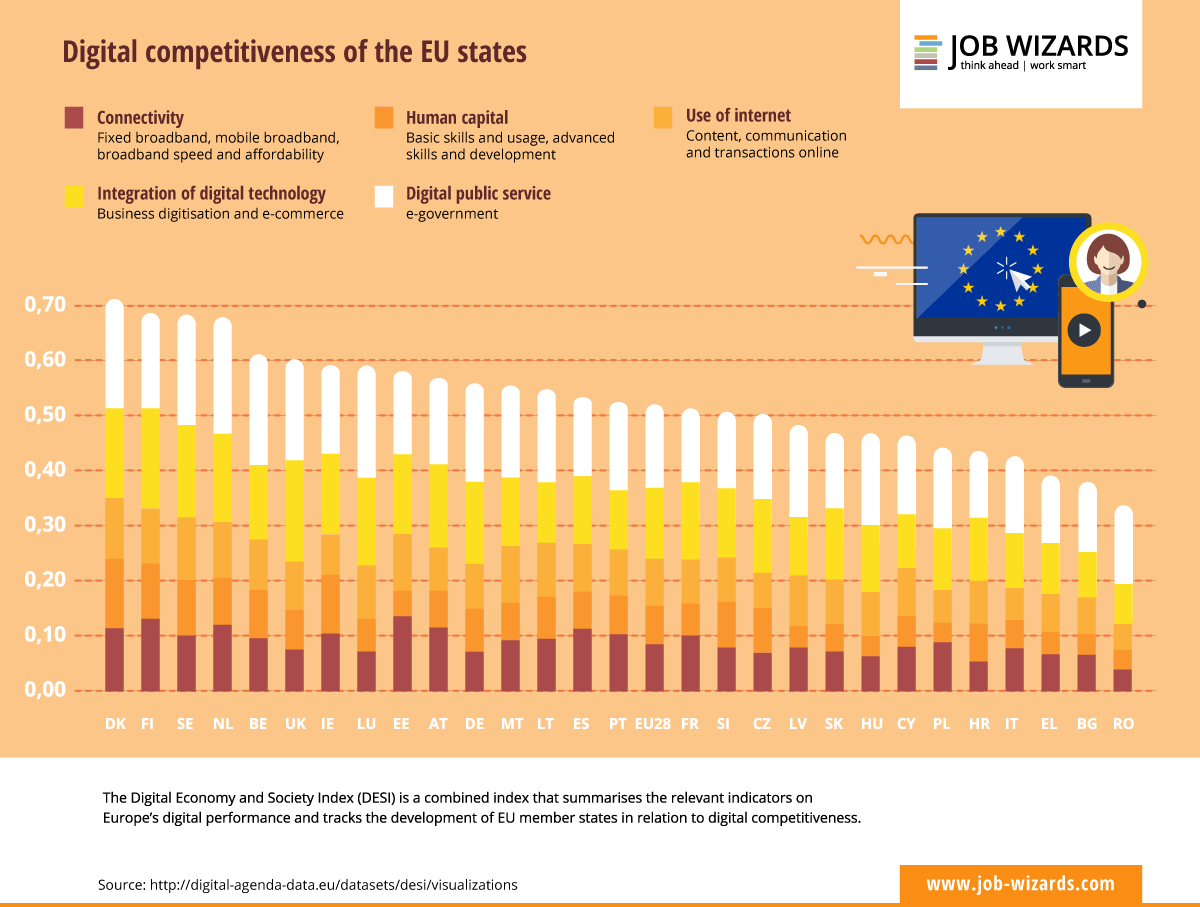 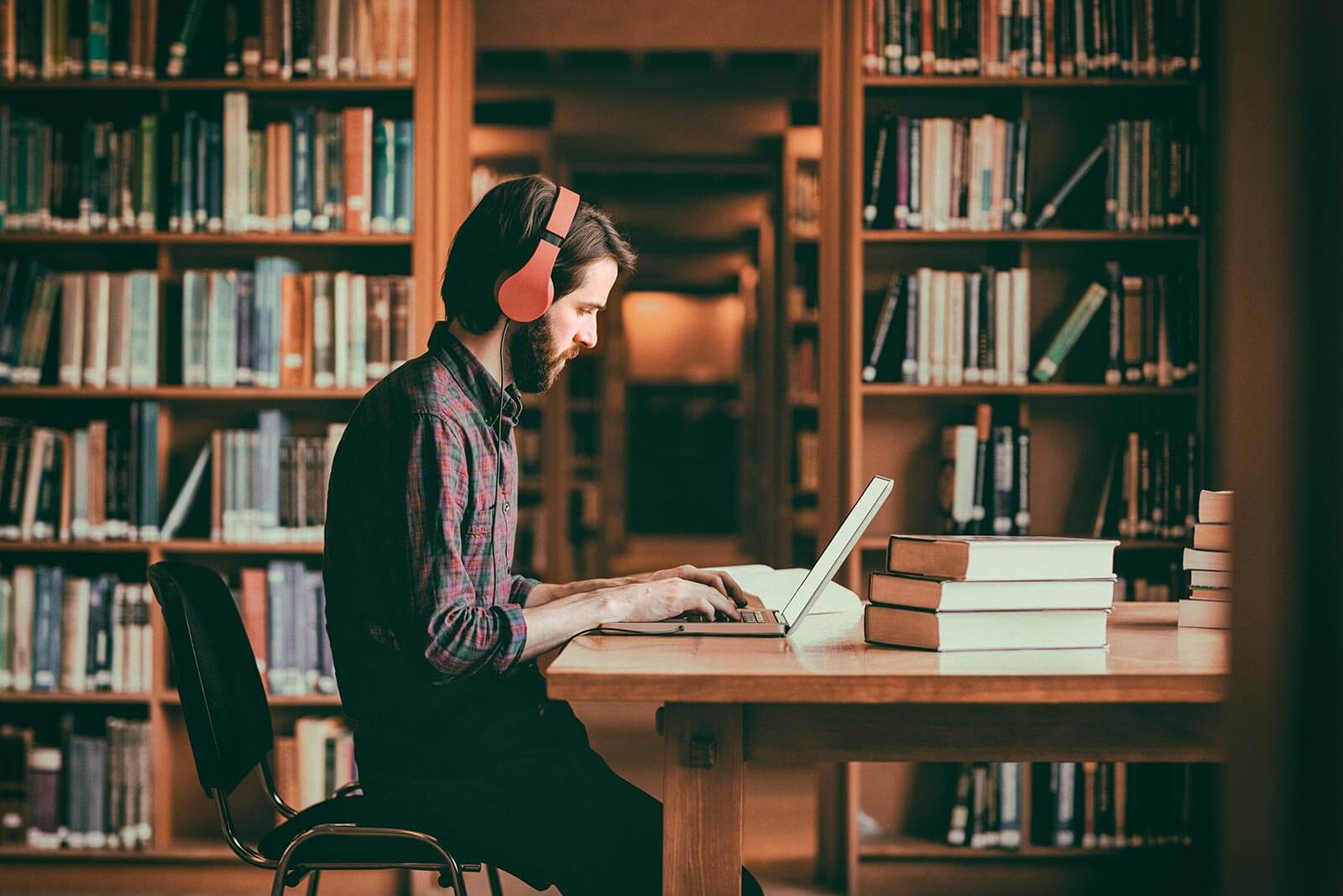 Massive Open Online Courses (MOOCs) are free and interactive courses that are accessible worldwide – a fascinating idea with consequences for education and continuing professional development (CPD). 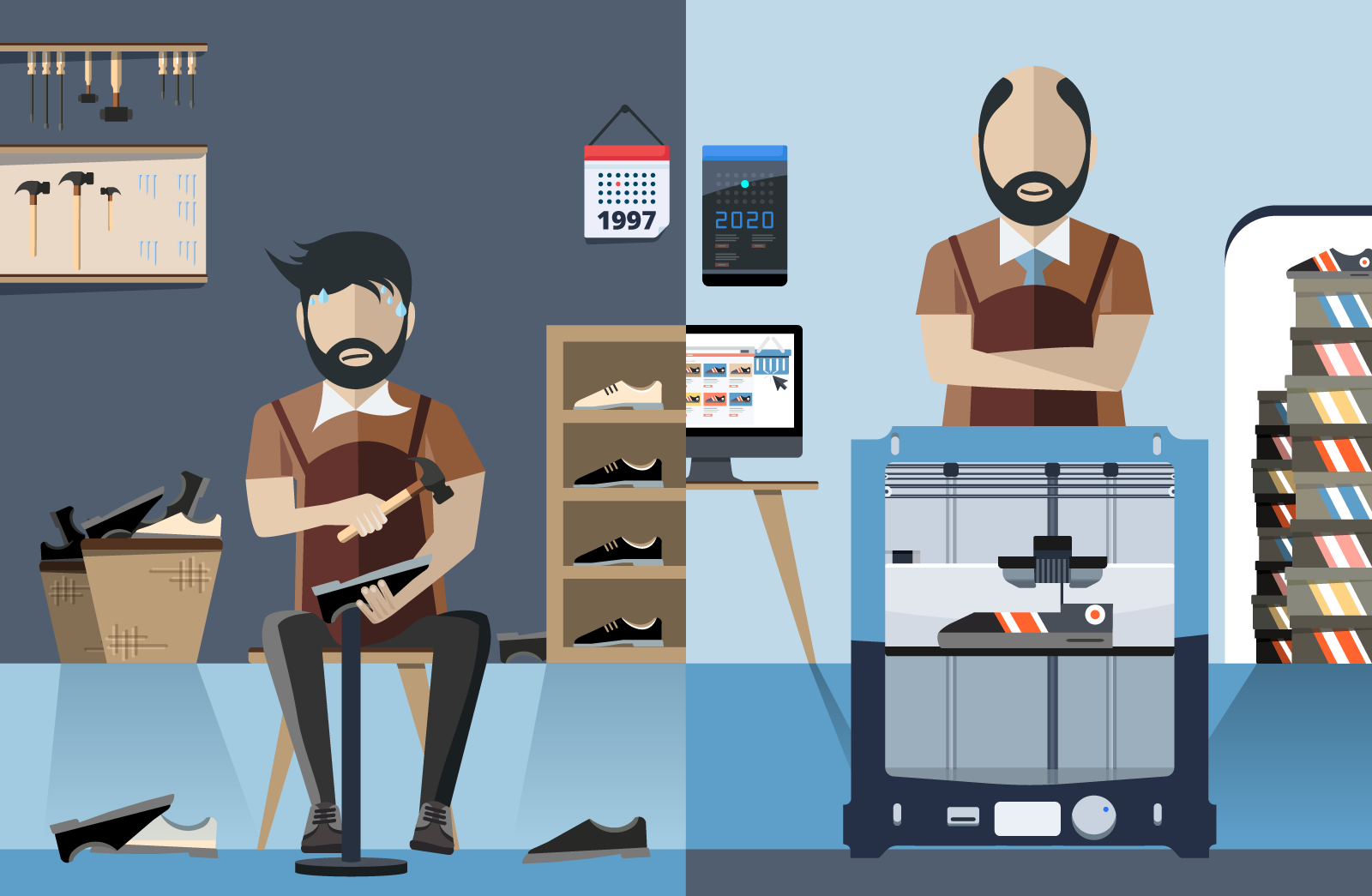 Digital strategies for SMEs: how do I get started?

The digital transformation has long since become part of the present. But small and medium-sized enterprises find it difficult to adjust to this. We spoke to Bertelsmann Foundation expert Dr Ole Wintermann about paths to digitisation for SMEs.