The Walt Disney method: the approach

Walt Disney is the inventor of Mickey Mouse, the creator of Duckburg. His success is undisputed, as is the reason for it: Walt Disney was not merely a creative daydreamer who just had a few good ideas. Disney was a realist and the harshest critic of his own ideas. That made his creations into global successes.

In the 1990s, author and trainer Robert B. Dilts developed a creative technique on that basis: the Walt Disney method. It helps a small group of four to six people to develop new ideas and solutions. The basis for this is three roles that Walt Disney used during his creative process.

In the role of the Dreamer, he could truly express himself and his creative thinking knew no bounds. In the next stage, he was a complete Realist and scrutinised his own ideas to ask whether they were at all possible. Finally, Disney played the role of the staunch Critic. Do the realistic ideas make any sense? Do I really need them? In this way, Disney was able to view his ideas from various perspectives.

Dilts’ Walt Disney method helps participants to take on exactly these three roles. In this way, the approach generates creative freedom, establishes a solid assessment scale and ultimately leads to ideas and measures that can be implemented. 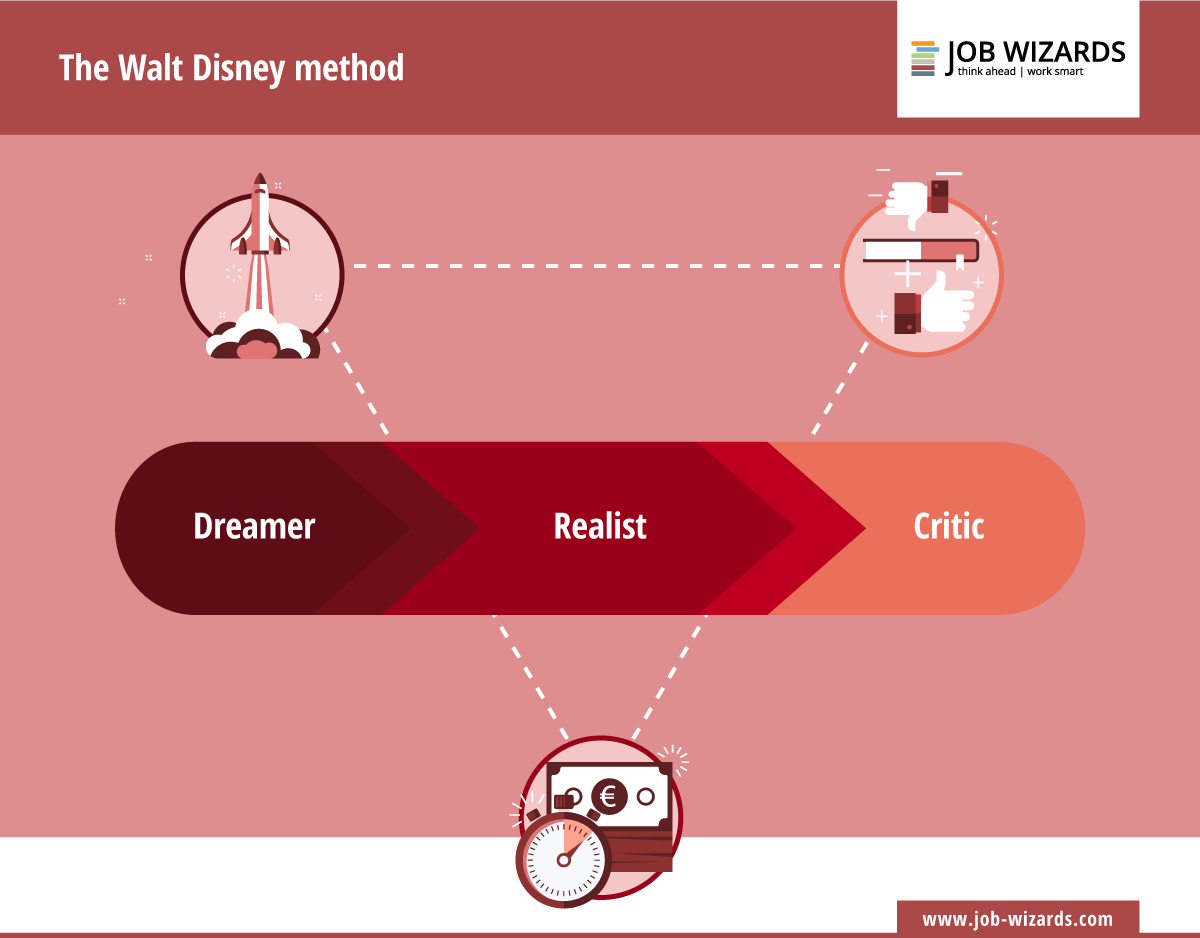 The application of the Walt Disney method

Each of the three roles has its own phase. These last around 30 minutes. It is important that all participants take on the same role in each phase. It also helps to change your surroundings at the start of each phase. This makes it easier for the participants to adjust to the new role.

In the first phase, all that counts is the idea: all the dreamers let their creativity run free. It is important to remember that at this stage every idea is a good idea. The team can either voice their ideas in an open discussion with each other, or each individual can initially consider ideas on their own, and then exchange them with the others.

In the second phase, the ideas are put to the test. It’s time for the realists: what do we need to implement it? Are there still gaps in the idea? And can it really be implemented? The questions filter out initial ideas and develop others further.

Finally, the critic appears. They turn the idea inside out and check it for risks and sources of errors: what weaknesses does it have? Does it suit the company and/or customer? Is it affordable? Does it fit the target group? Could it trigger controversy or scandal? If the idea passes this test, it’s ready for the customer.

Out of ideas but under pressure from the customer? The Walt Disney method can help. In a role play, you leave old ways of thinking behind to open up new ideas. #jobwizards https://bit.ly/2JpLa5L

Why should you use the Walt Disney method?

Above all, the Walt Disney method helps when the team is stuck in a creative dead end or has little time for the development of new ideas. The greatest strength of the method is in its result: participants finally feel able to disclose all their ideas. At the same time, they have to play all the roles. In contrast to brainstorming or brainwriting, it goes beyond finding ideas, because the Walt Disney method also puts the ideas to the test. In this way, completely new approaches and, ideally, efficient solutions are generated in a short period of time. 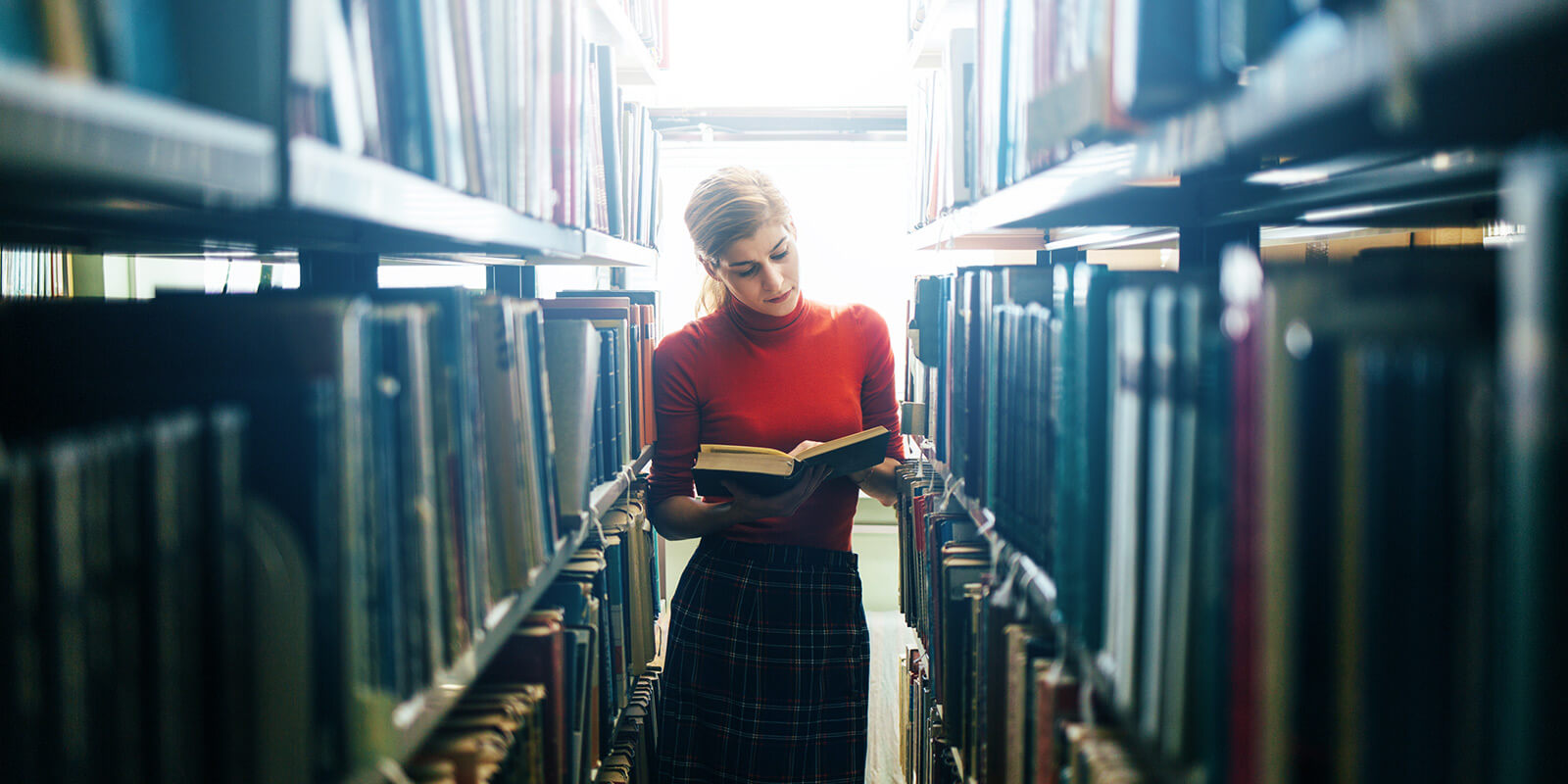 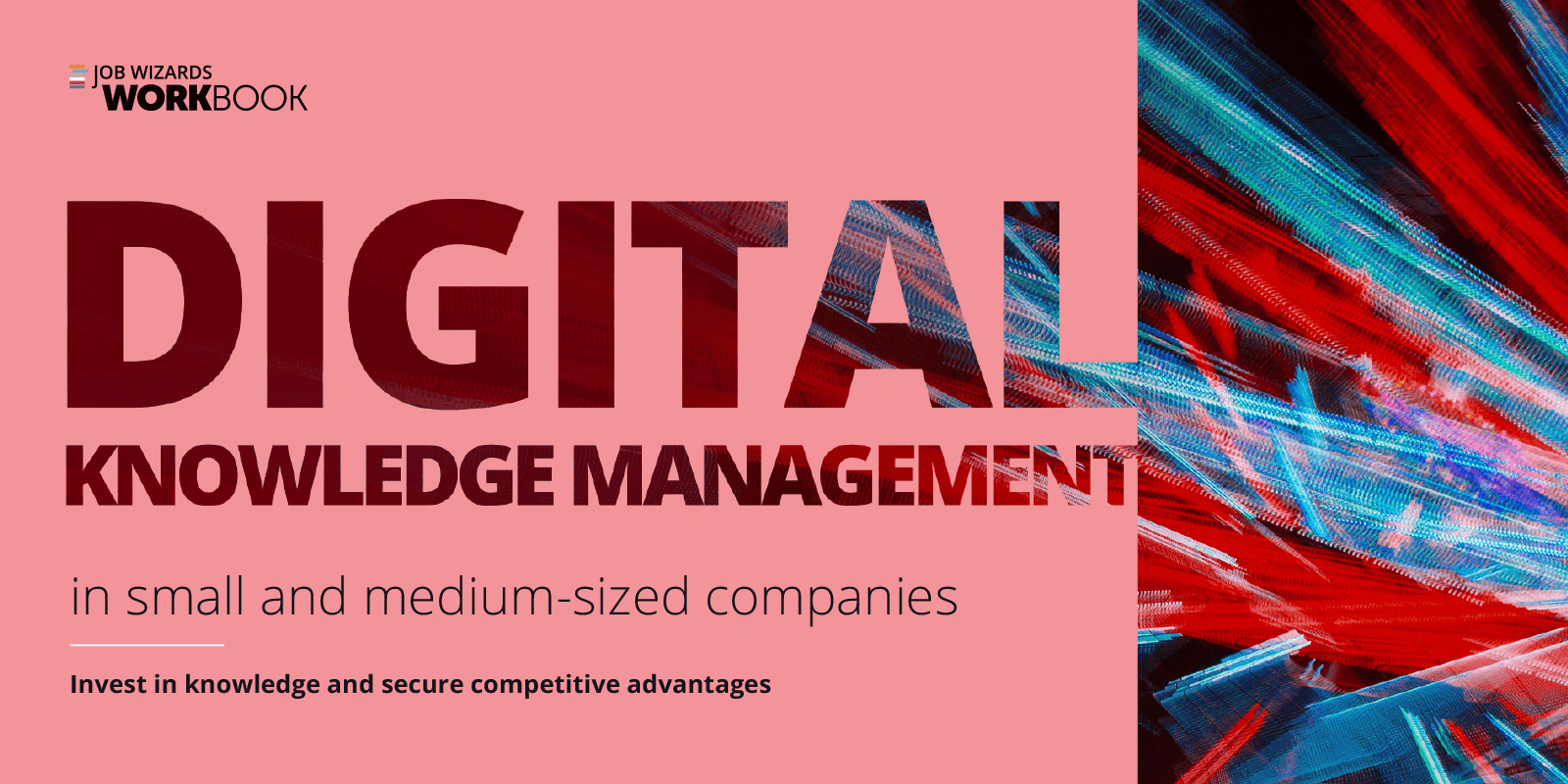 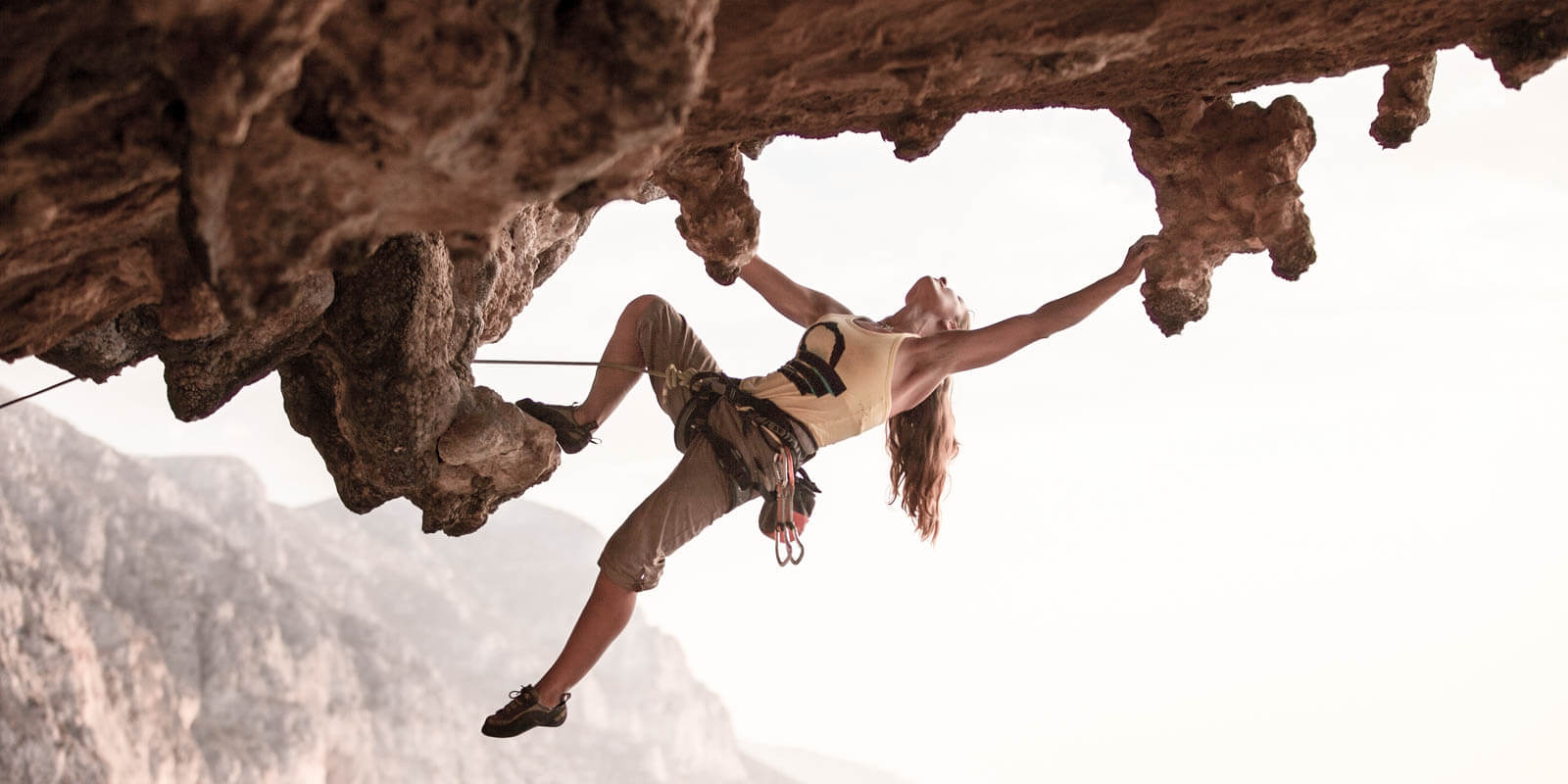 New Work is based on wanting to try out new things and therefore taking risks. You can identify these using careful risk management.