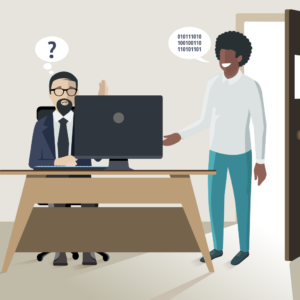 Don't miss part I of the story: Put the youngsters in charge. How old and young alike learn from one another in the digital company (part I)

The reverse mentoring programme was launched at Robert Bosch GmbH in 2012 – parallel to the launch of the social network platform Bosch Connect, which is based on IBM Connections. The managing directors Dr Markus Heyn and Christoph Kübel were among the first mentees. Following a pilot phase at the head office, the programme was passed onto the human resources departments all over the world. Since then, more than 600 teams have taken advantage of the programme. Reverse mentoring started out as an official continuing professional development measure and represents part of the leadership seminars for managers at Bosch.

A logistics manager and a career starter from the communication department – how did you get together as a reverse mentoring tandem? Did you know one another beforehand?

Jörg Stätter: I discovered the programme on the intranet and thought it was important to quickly learn more about Bosch Connect, Facebook and other digital tools to enable me to work with them in future. We have only been a purely Bosch company since 2015. I wanted a route into the digital working methods that are now used as standard at Bosch all over the world, which is why I applied immediately. I didn’t know my mentor beforehand.

Benedikt Elser: The programme was overseen by my department and I immediately put my name down to be a mentor. A questionnaire had to be completed as part of the application process, with questions such as what would you like to learn? What are you interested in? What can you do? In what areas do you have particular knowledge? The reverse mentoring manager in the HR department then evaluated the answers and assembled the teams on the basis of this information. Care was taken to ensure that the functions and departments resulted in a productive mix so that both sides could learn something new. Of course I knew our logistics manager, but not personally.

How did you organise yourselves as a team? How did the reverse mentoring work for you?

Benedikt Elser: The programme sets out a framework: ten sessions should be held within the space of six months. All of the active mentors meet halfway through the period to share their experiences and outcomes. Mr Stätter and I met for the first time at the beginning of 2017 and officially for the last time in October, although our dialogue is ongoing. We meet up if we have any questions or chat briefly on the phone.

Jörg Stätter: We introduced ourselves, chatted and got to know one other at the first meeting. We found out who did what and what we were interested in. Then we made a list of keywords, looked at our diaries and set some dates. It was good that Mr Elser was able to work around my appointments, sometimes even at short notice. Depending on the subject and time available, we sat together in my office for one or two hours.

Bosch mentee: I think that this idea of passing on knowledge in compact form can be developed even further. #ReverseMentoring #jobwizards https://km.social/2Jcv5kd

What kind of rules were laid down for the colloboration?

Benedikt Elser: The number one rule stated that the mentor should never pick up the mouse or use the keyboard. We looked at the Bosch social networking platform during our first meeting and later on we then created a Facebook account and went through data protection, privacy, sources and functions.

What kind of expectations did you have for the meeting? What did you want to learn?

Jörg Stätter: I went into it with an open mind. The issue for me was the time factor. I wanted to acquire confidence in using Bosch Connect and other social media tools so that I ultimately didn’t get too bogged down in it all. I receive between 200 and 300 emails a day, so I don’t need any more enquiries or information. How do I use the new digital tools at work without the additional stress? What must I bear in mind? What can I do to prevent myself from drowning in the flood of information?

Benedikt Elser: That was a good approach. How can I ensure that there is no extra workload? How do I use Bosch Connect effectively and generate added value from it? Our internal platform offers a whole host of possibilities, so it is helpful to get everything explained face to face. What are the advantages and disadvantages? How can I switch notifications on and off? I was fascinated to find out how it would work out when I as a younger colleague got together with such an experienced manager. It was good. Mr Stätter was very interested, quickly got his bearings and was no novice in these areas; he was very Internet-savvy. He knew so much more than me about new technologies such as the smart home or e-bike, so we also swapped roles here.

‘He learned to swim while the water was gradually let in. I now had to jump into the full pool.’ – Jörg Stätter

Where did you have the advantage in terms of knowledge as a mentor?

Benedikt Elser: I am a digital native. I grew up with Facebook, but also with other smaller platforms that were important at the time. I studied social and communication sciences, examined the role played by social media in the Arab Spring and even launched Facebook campaigns. I am a keen user, but I am also critical. I only use some channels, such as Snapchat or Instagram, for testing. I have also been active as a blogger and on YouTube.

Jörg Stätter: It was an interesting change of perspective. He learned to swim while the water was gradually let in. I now had to jump into the full pool.

How would you sum up the experience? What has reverse mentoring given you?

Jörg Stätter: This coaching on digitalisation was a useful lesson. It went far beyond learning how to use social media and Bosch Connect. I now use both on a daily basis in my specialist areas. For example, I have found new contacts within the company, who have been a great help with a project I am working on. The new knowledge is also important as an instrument in the integration process. I also benefit away from work, because my daughter wants to use social media and I am now in a better position to assess the situation. The age difference aside, I was amazed at how effectively you can achieve things by working alongside a specialist. I think that this idea of passing on knowledge in compact form can be developed even further. The way in which I manage my employees has also changed as a result. If there is a problem, I have a quick chat with an employee. This can help instead of turning it into a team meeting.

Benedikt Elser: Yes, collaboration is important and it worked very well between us. It just suited us both. Of course I have learned a great deal about logistics and expanded my network. Our meetings were also very educational for me. It made me aware of how important user-friendliness is, particularly when it comes to security matters on privacy and data protection. In addition, I got feedback on how the content from the communication department is received by logistics. Conversely, I also found out about the issues that are currently occupying his team that we are not focusing on. The positive feedback on reverse mentoring has led to the creation of a new project: we are in the process of working with the HR department to develop a programme that managers can use to search for people from other disciplines who work on the same site – for instance, to test a campaign or product idea or practice a presentation. All of this helps Bosch and its employees to get fit for the future of work as a learning company. 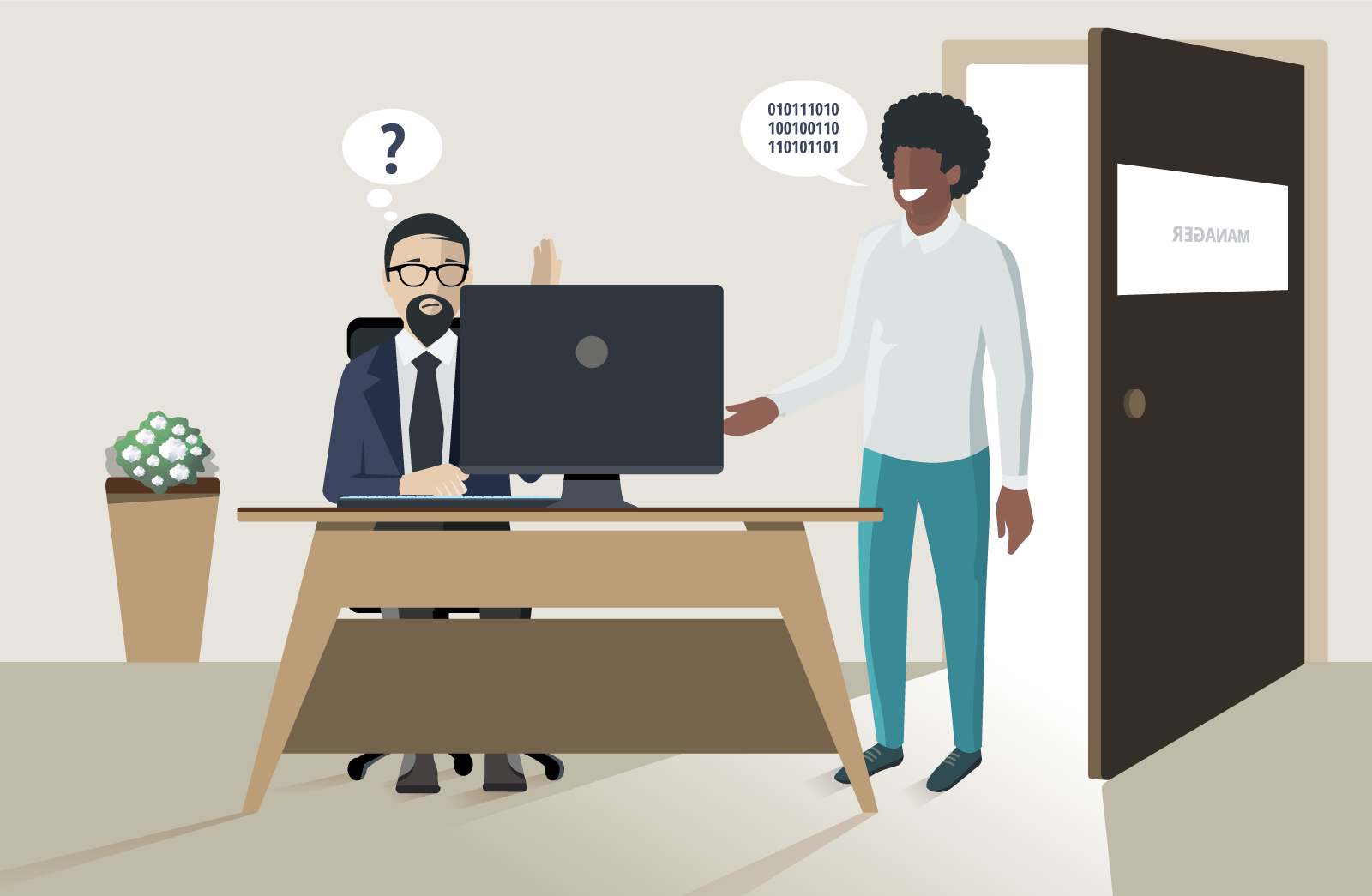 Put the youngsters in charge. How old and young alike learn from one another in the digital company (part I)

Young employees know more about digital tools and tricks than many managers. Reverse mentoring offers companies a big opportunity to make their management fit for digitalisation. 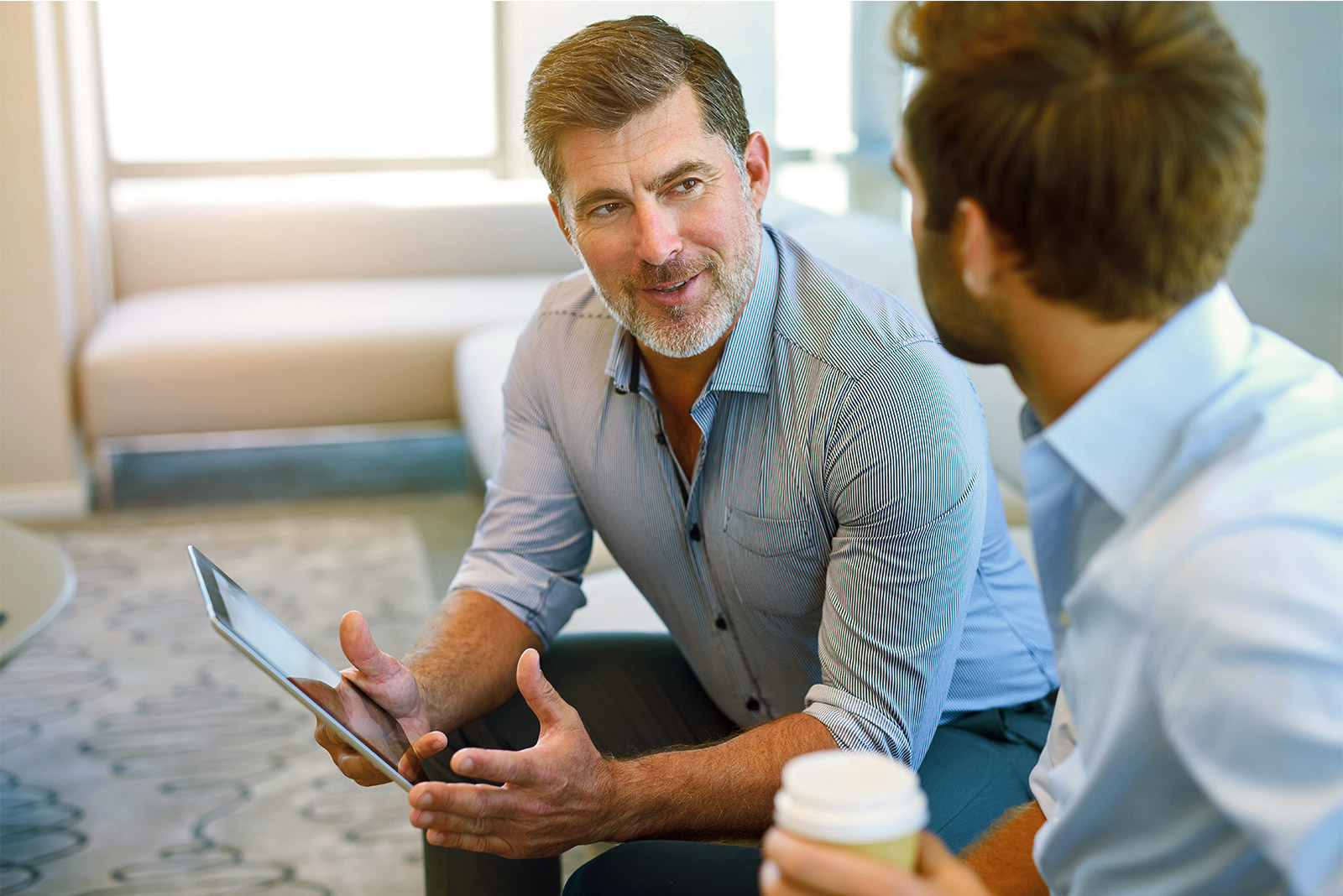 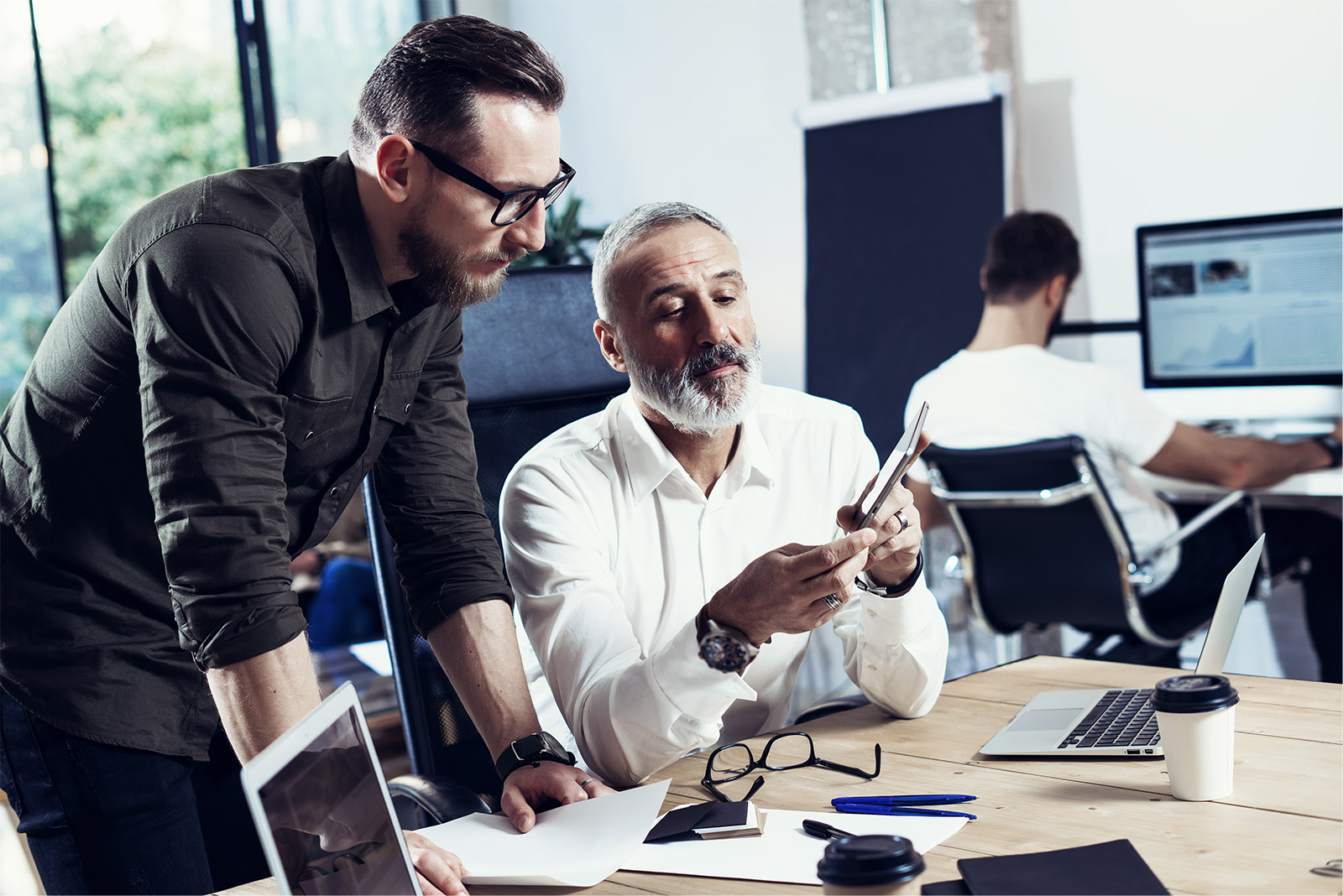 Digitisation as a subject for management: more and more companies have a CDO

The digital transformation is also a cultural one. It must be considered at every level – and exemplified from the top. For that reason, more and more companies are putting their faith in dedicated ...