How do you become aware of a problem with your car? How do you notice that a machine is no longer running smoothly? Measuring devices and warning lights inform you. There are sensors that say ‘Attention!’.

But what sensors are there in your organisation? How do you find out about imperfect processes, delayed decisions and outdated structures? It is your employees who know about them.

Acting as ‘sensors’ in a company, people have access to important information. But it is only if they share that information that sensible changes can be put into action. If this impetus is ignored, however, stagnation reigns and potential is wasted.

How knowledge leads to change

In this context, the human capacity to discover problems in ongoing processes and to see the potential for change is an important gift. The more creative we are and the less we accept the status quo, the sooner we want to further develop what we have.

But – how can change come from knowledge? Most organisations do not have a management structure that allows the information staff have to bring about developments. The traditional hierarchy puts on the brakes.

Management is often in line with the principle of ‘predict-and-control’. In this scenario, traditional organisations aim to achieve lasting success through planning, centralised control and rigid adherence to the strategy.

However, this principle is becoming increasingly ineffective. Business is changing fast. But the organisations are not agile enough to keep up. New forms of organisation are required.

But adaptation is possible. It requires a system. A system which, similarly to the operating system of a computer, makes updates, adjustments and developments possible.

Authority does not require people

Holacracy is such a system. It does not hang on to top-down processes. It demands and supports a new form of authority, because the opportunities for influence that otherwise lie with leaders or managers are divided among circles composed of roles.

This new form of organisation, also (incorrectly) referred to as Holocracy, was invented by Brian J. Robertson. He worked as a software developer and founded the company Ternary Software. Ever since his company was founded, the specialist has been experimenting with new, more democratic organisational structures.

He presented Holacracy publicly for the first time in 2007. With it, Brian Robertson had invented nothing less than a functioning alternative to the traditional management hierarchy. Three years later, Brian Robertson published the Holacracy Constitution, which provides the basis for the formation of new corporate cultures.

Roles rather than positions

Holacracy differentiates between roles and the people who fulfil those roles. One person can hold several roles at a given point in time – just like in their personal life, where, for example, there are roles as a parent, community member, neighbour, friend and relative. And just as you make decisions independently and on your own initiative in those roles, Holacracy assumes you can do the same at work.

In organisations, the roles of circles are regularly redefined via a collective governance process. This makes it possible to adjust them to the constantly changing requirements of the company. Every employee can present suggestions to improve the structure of collaboration, which are processed in what are known as governance meetings. A ‘facilitator’ selected from the circle leads the process according to the rules of the constitution. 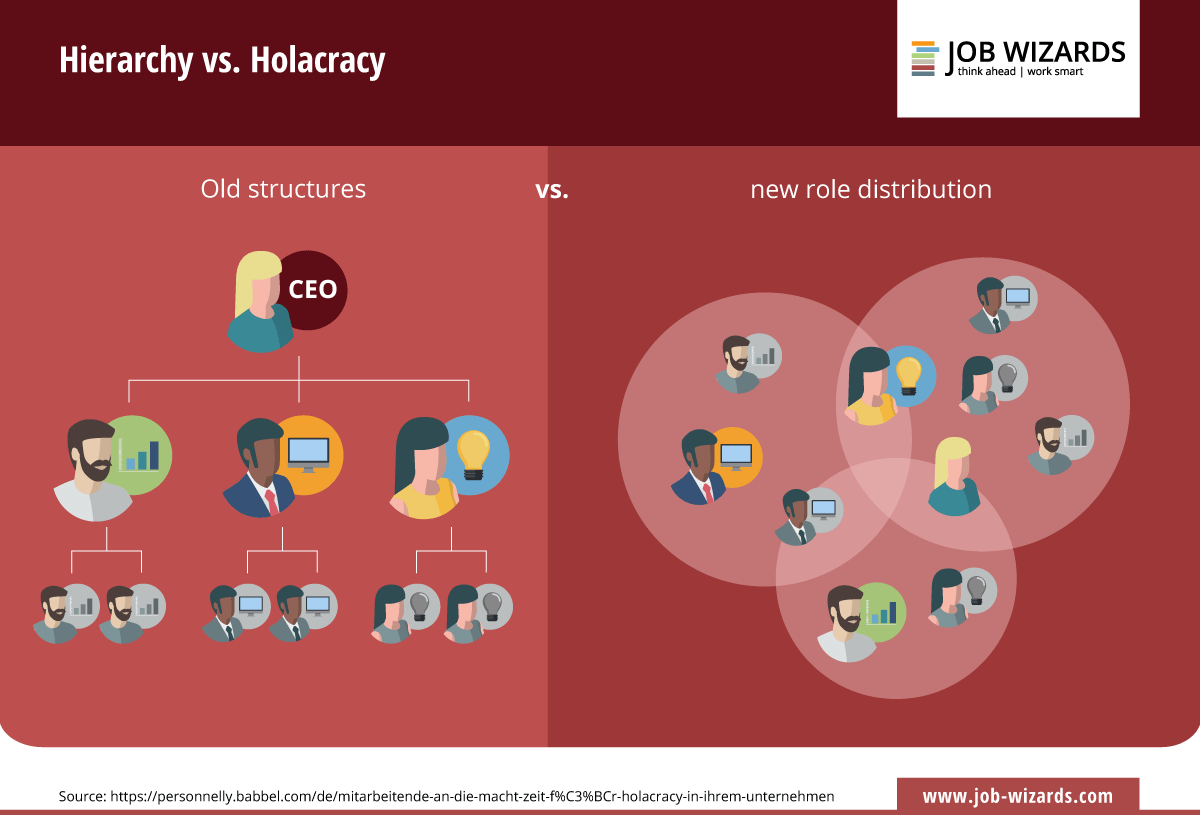 A new model for lateral management

So how can the management of an organisation tell that it is time to take a look at a new form of organisation that allows clarity and transparency regarding the work in a team and helps to keep decision-making processes lean and effective?

For Dennis Wittrock, certified Holacracy coach and author, there are clear signs to look out for: ‘It often begins with applicants questioning the authority structure in interviews. They recognise the top-down structure and miss the equal footing. This correlates to increasing dissatisfaction among employees. The people who work more closely with the customer than the company management does would also like to be able to make more decisions.’

What do companies do with this information? If they are serious about it and want to change, they start searching. There are various forms and methods of new management systems and collaboration opportunities to discover. In the end, many find their way, often via scrum and agile, to the new form of organisation called Holacracy.

If you’re not serious about it, you may as well not bother

‘Holacracy functions as a tried-and-tested model, comparable with the operating system of a computer. I don’t need to look for individual components and put them together, but rather I can use it as a complete package’, explains Dennis Wittrock. ‘That awakens interest and makes the offer attractive.’

What should be the first step for organisations that want to implement Holacracy?

'Getting a coach helps, of course. But irrevocable commitment to Holacracy is far more important. The change to a different operating system leads to a radical transformation in any organisation.'

Someone who turns to a coach has a clear goal, says Wittrock, because they are already aware of the radical redesigning of their authority and the new lateral management that it is bringing to the company.

Speaking from practical experience, Wittrock says ‘As early as the initial meeting, the customer has to convince us that they really want Holacracy. Giving up status and the authority to issue directives often cuts managers deep. It is not merely a cosmetic measure, but completely shakes up the power structure of the organisation. Not everyone is ready for that.’

In this way, the coach can find out if the company really wants the transformation. ‘Holacracy holds up a mirror to people. Not everyone can deal with that. Think of the system like a genie in a bottle – once it has escaped, you can never get it back inside. Once people have tasted the freedom of autonomous roles in Holacracy, they rarely want to go back to the old way of doing things.’

Companies that use Holacracy

Numerous companies have consciously opted for this new form of purpose-driven organisation. Below, a few of them report on what was decisive for its implementation, how the employees have handled it and why there is no way back to pre-Holacracy.

Joris Evendik is the former managing director of Overstappen.nl, an e-commerce start-up founded in 2008. In January 2017, the company ratified the Holacracy Constitution.

‘We were growing very quickly at that time, but I had the impression we had become reactive rather than proactive. I realised that it was me who was to blame for that, not the technicians who carried out the actual work,’ the entrepreneur explains on the blog

‘So I asked our management team: “What do you think about being a manager?” Most disliked it. So we carried out a survey across the whole company: “Who do you trust more: your manager or your colleagues?”

Over 80% said they trust their colleagues more than their managers. The introduction of Holacracy meant there were no more managers in the way, because everyone is now part of the management. But the best part was: every one of us had to learn to sell their ideas. And that was better for everyone.’

MYCS is a company where several worlds meet: the classic furniture business is combined with the latest configurator technology. Kai Sap, one of the founders, reports on his experiences.

‘The decision to introduce Holacracy came from the necessity to be able to deal with the complexity and speed that reign in a start-up,’ Kai Sap explains in the blog. ‘As in many start-ups, we had many people in the early stages of their career at that time. The question for us as founders, was: do we act as dictators and shout commands or do we build up competencies, which takes time?

We decided to start a pilot scheme and test Holacracy in an operations team with 12 to 15 people. In the end, the test went on for a year and a half. The group received a lot of help accompanying the transformation. There were also workshops with the team to get to know and to learn to use the Holacracy methods.

I think it is important to bring external or internal expertise into the organisation for the longer term. Getting started after just one or two days of coaching is doomed to failure. For us, there is no way back to hierarchy. Even though we have been asked about it repeatedly. We are sticking to this new form of organisation.’

Johanna Ebeling from Soulbottles, a Berlin-based start-up that manufactures drinks bottles from glass and stainless steel, explains how the company has developed thanks to Holacracy.

‘We took on the Holacracy Constitution at the end of 2014, in order to be able to react to organisational and staff growth in a relaxed way. At the same time, we wanted to strengthen the personal responsibility of all employees in the relevant area.

We wanted to have more efficient meetings, in which clear processes ensure smooth handling of points on the agenda and create transparency. With Holacracy, we have the opportunity to guide the company strategically and operatively.

Now everyone in our company knows: who is responsible for what? Where can I contribute my ideas? How are decisions made? Effectively, Holacracy looks to increase personal accountability and self-organisation, decentralise decision making competency and to distribute the power to make decisions throughout the company.’

more information
Four elements are essential characteristics of Holacracy.
more information
Dennis Wittrock is a certified Holacracy coach and co-author of the book Anders wirtschaften. Integrale Impulse für eine plurale Ökonomie., as well as the author of numerous articles about Holacracy. He primarily works as an internal Holacracy coach at Hypoport AG and is a partner at encode.org, a holacratic company that develops legal, financial and social foundations for self-organisation.
more information
The Holacracy Constitution establishes the essential rules, the structure and the processes of the Holacracy ‘operating system’ for management of an organisation. It provides the foundation for any company that wants to implement Holacracy. It also anchors the power structures in rules that apply equally to all involved and to which all those involved can refer.

#Holacracy distributes the power to make decisions on the basis of people’s abilities rather than their job titles. It might sound chaotic, but actually creates maximum #agility and #flexibility. https://km.social/31SX3Iv 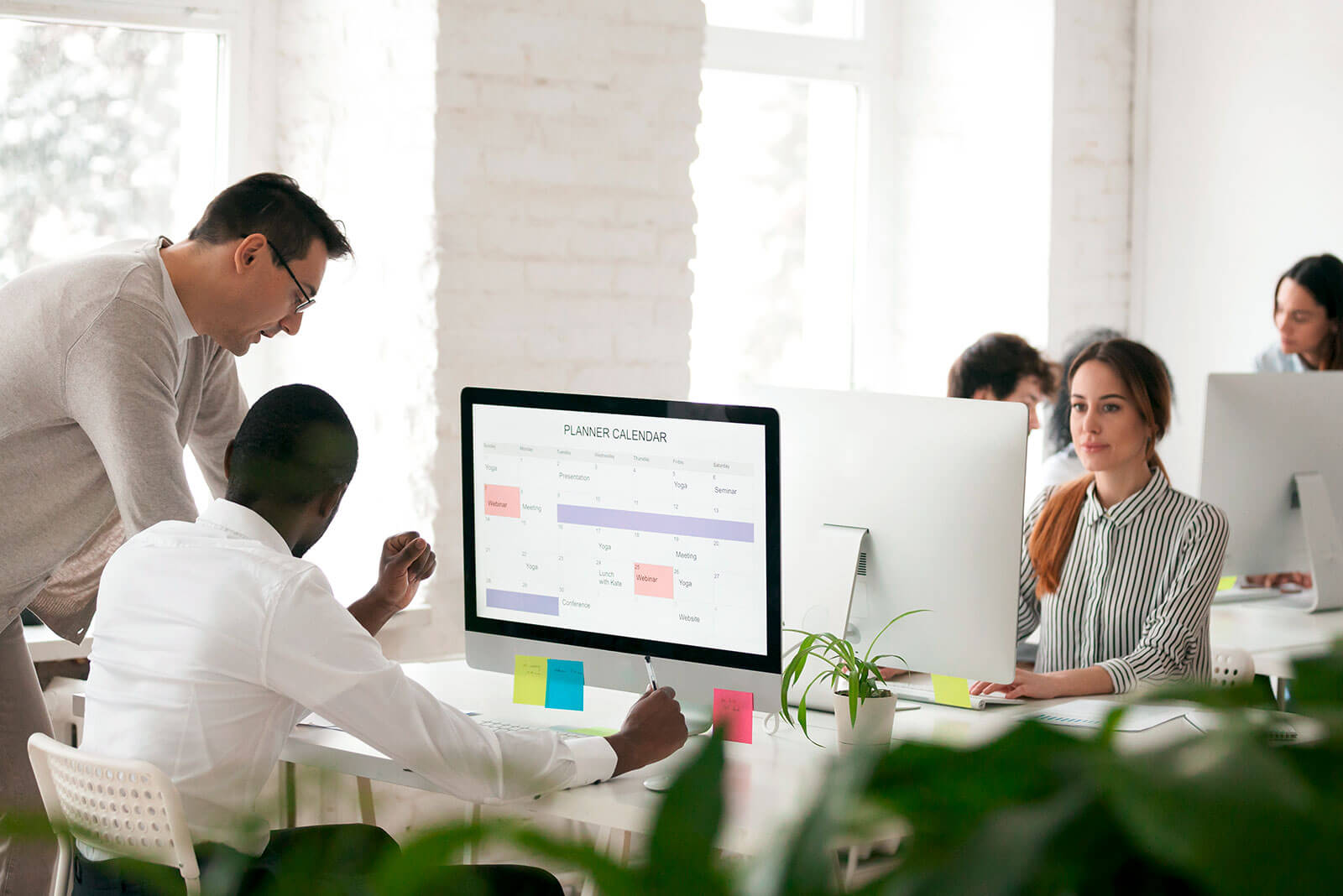 Where do you want to work today? Let employees decide with a collaboration tool that is sure to increase efficiency and engagement in the team. 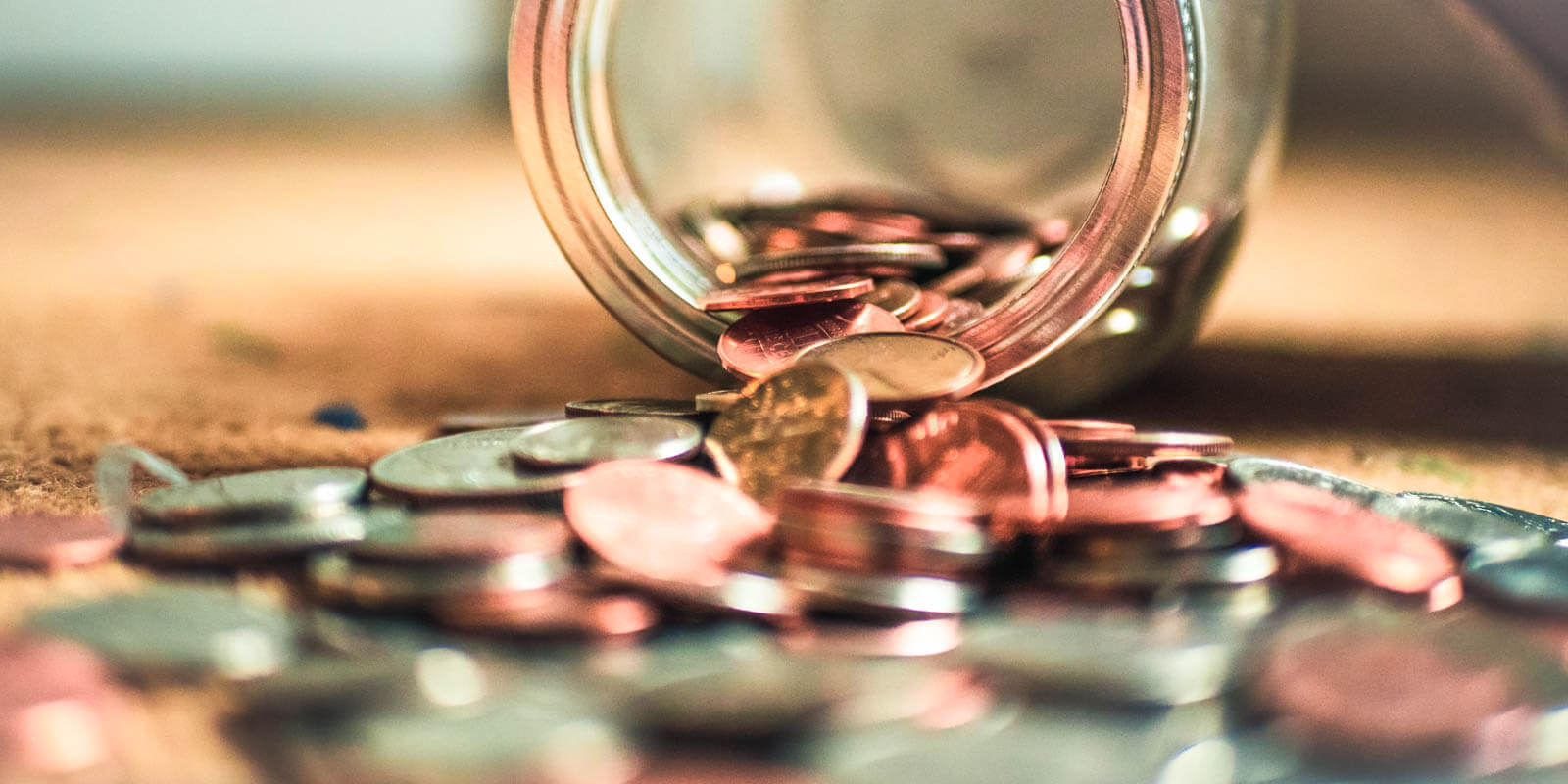 The new world of work is changing everything, even your payslip: New Pay

Nowadays, we work together with agility and autonomy. Conventional salary scales no longer fit. The time has come for variable compensation systems: now at #jobwizards 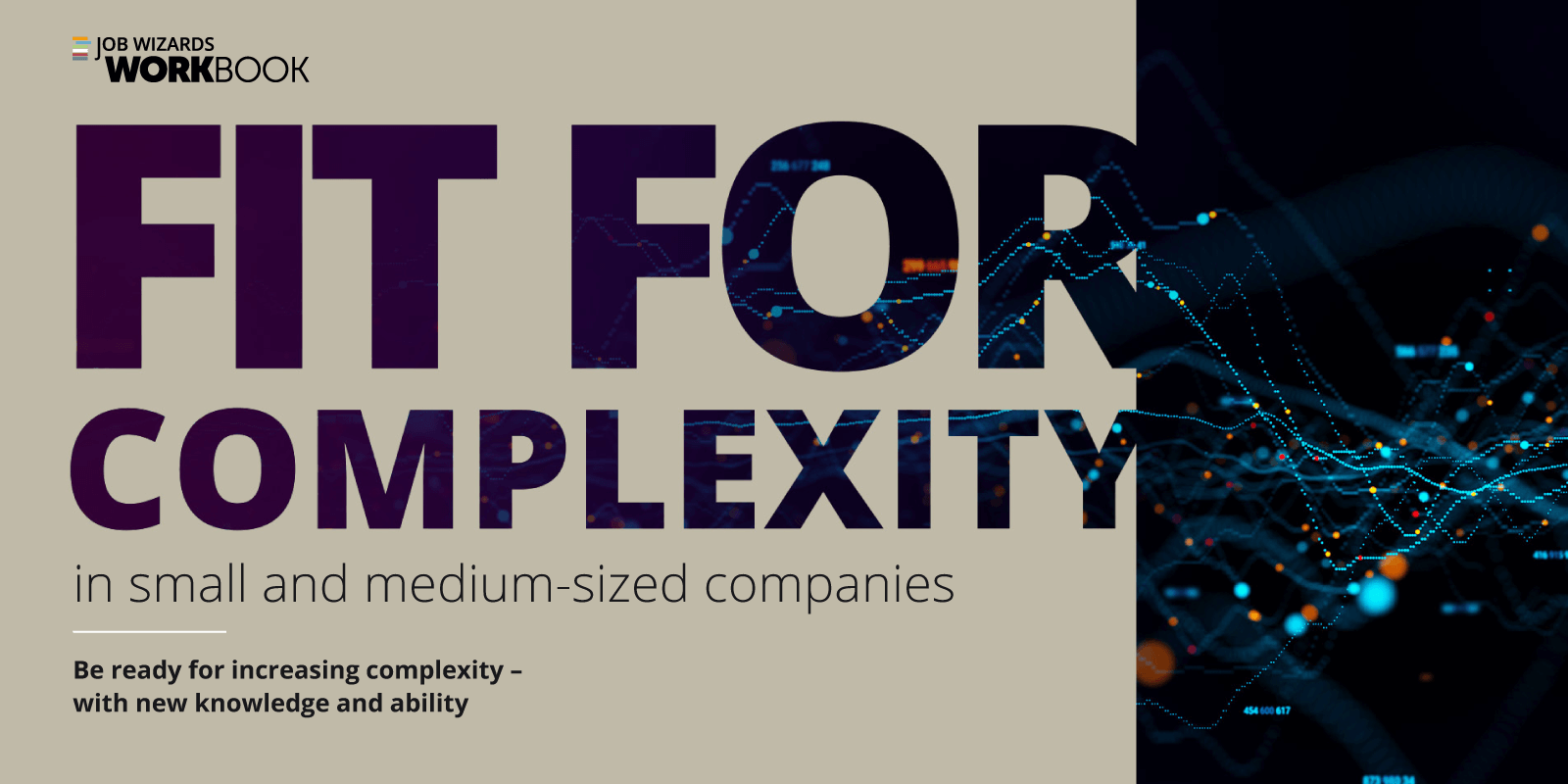