Tasks have become more complex for CEOs. New challenges have been added to the traditional management responsibilities and the classic ‘command & control’ has become ‘coach & connect’. Those who were accustomed to giving instructions and waiting for results now involve their employees at an early stage and give them decision-making power from the start. The term corporate culture used to stand for a company’s way of working that had to be adhered to. Today, managers recognise that differences are an enrichment and place corporate success on a broader base, in which employee satisfaction makes a major contribution to the long-term success of a company. A survey by Investors in People, a British human resources management association, discovered that in 2017, 59% of employees in the United Kingdom had considered changing employer, an increase of 10% compared to 2016. How are company managers in Europe dealing with such trends?

We choose our own CEO!

At the Swiss IT company Umantis, the 150 employees have been choosing their own CEO for the last five years. The CEO at that time wanted to take a step back from everyday operations and came upon the idea of his successor being elected. He nominated Marc Stoffel, who had been working at the company for several years and was elected by the employees with approval from 95%. Since then, he has been re-elected four times. The election of the entire management team is repeated annually. It works like this: anyone can nominate themself or a colleague. They write their own job specification, which can be viewed by all employees. Voting takes place by marking a ballot with six options: ‘Yes, with full approval’, ‘Yes’, ‘Yes, with reservations’, ‘Recruit externally’, ‘We do not need this position’, ‘Abstention’. At least two-thirds of the total staff must vote for the candidate, as must at least two-thirds of the team they will lead. Stoffel says: ‘The two-tiered society of employees and managers is gradually dissipating.’

Umantis employees have even given themselves a constitution

This constitution clarifies some important management questions, such as: ‘In which cases does the manager have the last word?’; ‘When is consensus needed for a decision and when is the majority principle used?’; ‘What happens if a team realises it is not satisfied with the manager within a voting period?’ and ‘What should happen to colleagues who do not perform as hoped?’. Detailed discussions resulted in the 16-page constitution document. And what happens if amendments are to be made to the constitution? That’s right: the Umantis employees have a vote.

Responsibility from below instead of power from above

The engineer Torsten Osthus, founder and managing director of the internationally active company Osthus GmbH (business area: analysis software and data management), remains consistently faithful to this simple and yet demanding principle in his company. He says: ‘Employees only really act independently when their manager is no longer blocking their path.’ However, the change to a new responsibility structure can quickly lead to overwhelmed employees and a decrease in company performance. This, in turn, displeases managers. They themselves, however, are usually the root of the problem. Those who do not fully let go cannot hope that the employees will feel able to make uninhibited use of their new freedom in decision making.

According to Torsten Osthus, business will work like evolution in future

Osthus explains: ‘Business is becoming like a living organism, in which all the cells interact in order to generate a benefit together.’ In line with this belief, departments in his company have been made into rooms designed by the employees. He says: ‘People and departments don’t work against each other, but rather together to create value. Anything that does not deliver a benefit is disbanded.’ In this context, the company-internal academy gives the employees space to develop themselves and their talents and make them usable by the company. Torsten Osthus has already taken a step back from business operations and written a book about the change in management at his company: Chefsache Empowerment (see book tip).

Companies with decentralised organisation need to have particular confidence in the self-organisation and responsibility of each individual, and are advised to create additional incentives. What the technology specialist Hotjar, from Malta, offers its 50 employees, who are spread throughout 16 countries and all work from home, seems very generous: each employee receives 4,000 euros to furnish their home office, with an extra 2,000 euros of holiday money each year, as well as free Fitbit activity trackers and Kindle e-books, while all the employees come together twice a year for joint recuperation. CEO David Darmanin says this about the payout: ‘We want to build a team in which everyone is happy to work. We are quite a small company and only employ new members of staff gradually – and only when the work to be done requires it. If we have found someone who really fits with us, we make a major investment in that new employee, because we can see that it will pay off for the company. Our fluctuation rate is very low.’

It is not only start-ups, tech companies and consultancy firms that are proving themselves to be open to new management structures. The trend is sweeping through all sectors.

The Brazilian machine manufacturing company Semco no longer has any fixed managing directors. There, no job descriptions are defined and there are no established positions. The employees take on complete production processes in small, independent teams.

Buurtzorg (in English: neighbourhood care), the biggest provider of mobile health care in the Netherlands, functions without any management level. Around 10,000 carers in more than 900 teams currently look after the 70,000 patients, who as far as possible are always in their neighbourhood, in the patients’ homes. This functions particularly well because the carers are also taken care of by two teams in the background. One team handles all the bureaucratic work, while the other advises and supports the carers. They have access to the medical records of the patients via an app and only have to enter their times of arrival and departure. The effect: with a current annual turnover of around 300 million euros, the costs per patient have been almost halved, employee satisfaction has doubled and, according to a survey of patients, their satisfaction has also increased significantly. The company is now expanding into other countries.

The future of work is cooperative and participatory

That does not cause a loss of authority, but rather strengthens natural authority. Superiors who are there for their team without standing in their way are always respected and appreciated as competent advisers. Of course, brave decisions from the manager will still be a part of future companies. Those who have learned to lead intelligently will perform that role with confidence in the future, too. After all, management is not picked up from seminars, interaction with colleagues or on social media alone. You learn it when you are ready to take responsibility: for your own actions, for your team and for your company. In the end, the best kind of management is learned by managing. 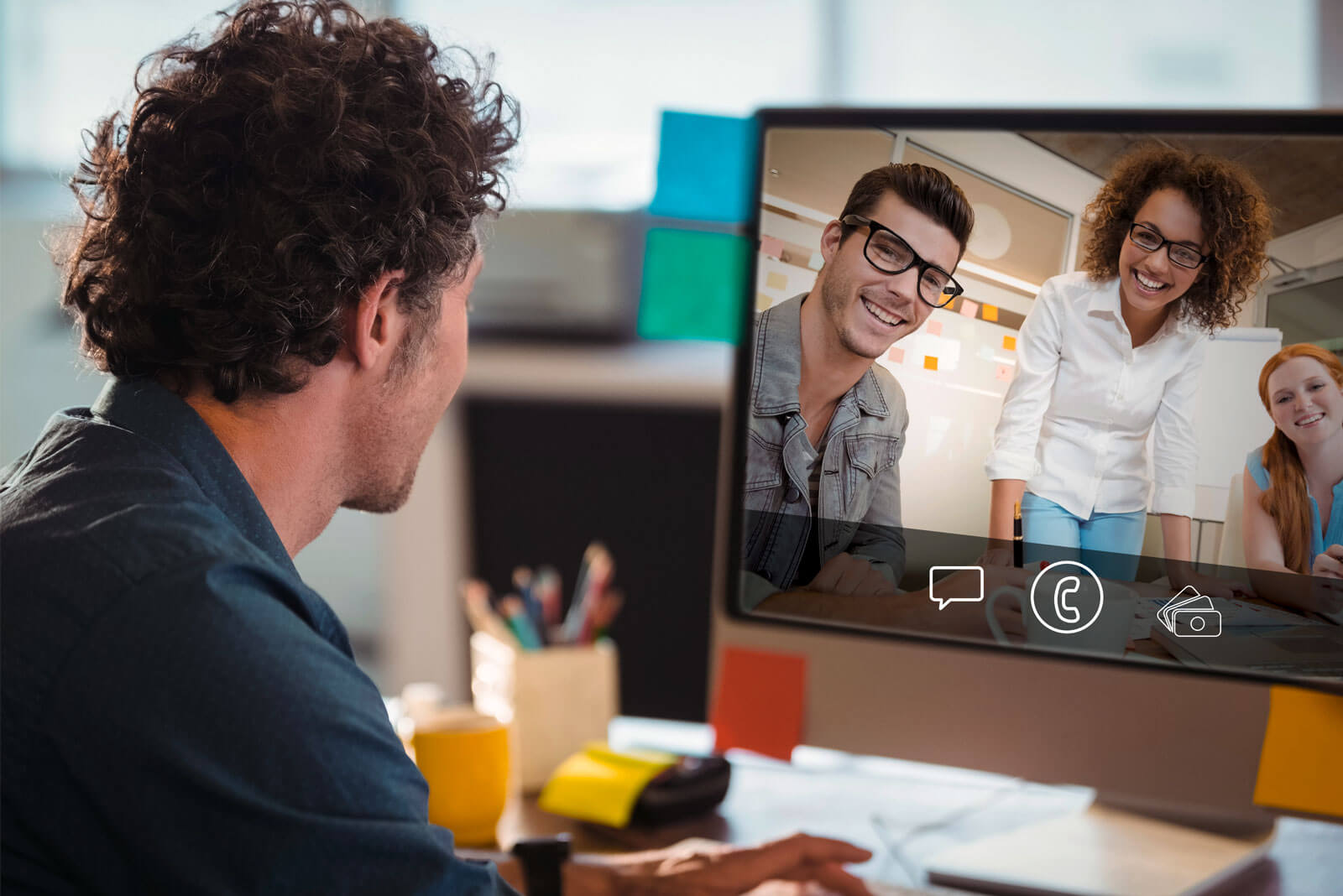 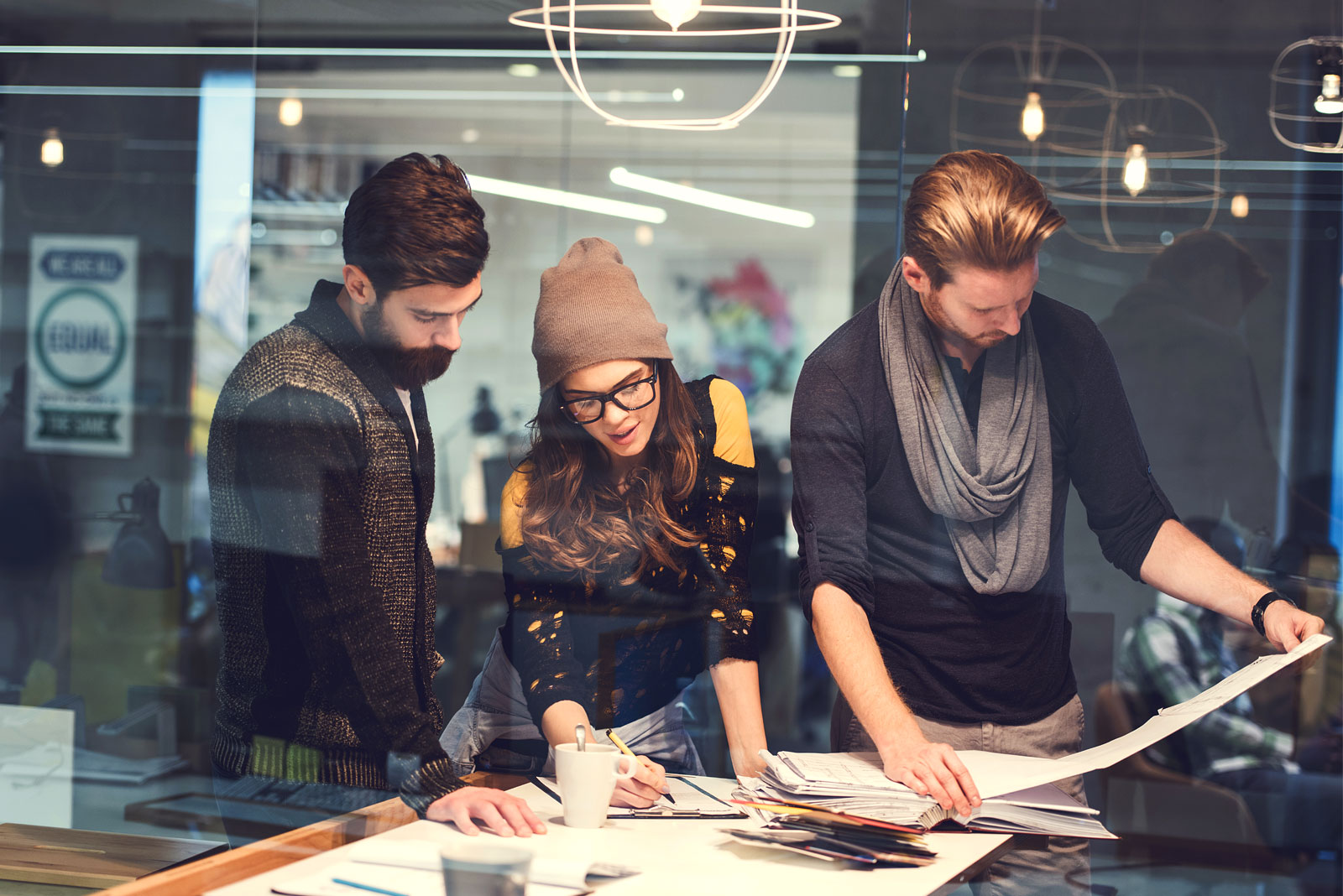 Meetings can be made better

More productive and efficient. But how? Young management and design specialists have sought out trends and innovations on behalf of Konica Minolta. 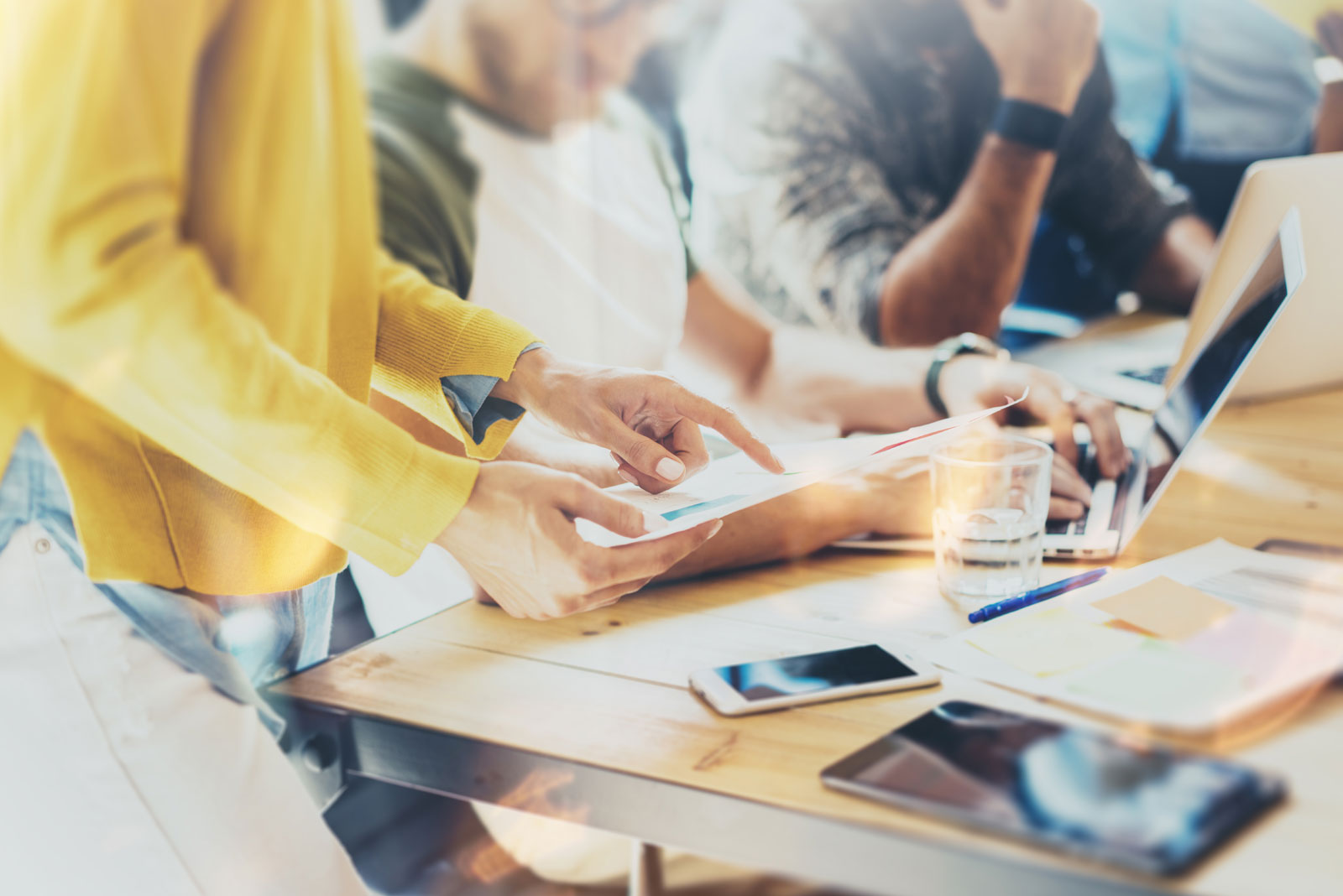 Fast and transparent: how a social network tool is brought into the company (part 2)

Jennifer Kotara from Konica Minolta Business Solutions Europe GmbH worked for a year with a wide-ranging project team on introducing Yammer into the company throughout Europe. In an interview, she reports on the most important things she learned.