Where is AI already the norm? Are you reading this blog on your smartphone, by any chance? It is full of AI. Are you sure that all the tweets you have read in the last few days were written by humans? Did you use a machine to check in for your most recent flight? Traffic lights collect information on how many cars and pedestrians are currently approaching them and who should therefore get a green light next. Cars themselves have become driving computers and will soon drive us around automatically. A well-known trivial example is the fridge that knows when the milk has run out and reorders it itself. We can talk at home to Siri, Alexa, the Google Assistant and Cortana and ask for their support. Even if there are still some topics of conversation that don’t work out perfectly, the voice-activated assistants learn quickly, gather experience and learn more for next time with every question. That’s right, they learn. But that can also turn them into spies within our homes. What user profiles are generated by the questions? Who else is listening?

AI is everywhere already: in working life, in private life and even in the nursery

AIBO, the robot dog from Sony, and IBM’s CogniToy products are taking over our nurseries, listening diligently, learning and communicating. The toy doll My Friend Cayla was taken off the market after complaints from horrified consumers. Here, too, it’s a question of: where does the information end up? Who evaluates it? Following computer games and chess matches, a computer has now beaten the person recognised as the best player of Go (an extremely complex Chinese board game) in the world. Will artificial intelligence soon be unbeatable?

As with human knowledge, artificial intelligence needs to collect ever more data in order to have access to a growing foundation of comparative values, on the basis of which balanced decisions can be made. In humans we call this experience, in computers it is known as big data. People learn from books, lectures, exchanging experiences and experiencing things themselves. Computers learn from more and more and more data with which we feed them.

And they can learn to learn. In this way, they can achieve excellent results in cancer diagnosis, for example, or be successfully used in diagnosing Alzheimer’s from brain scans. In the summer of 2017, researchers at the University of Bari in Italy presented a program with which they are able to diagnose Alzheimer’s disease through the use of magnetic resonance tomography as much as ten years before the first symptoms appear. Artificial intelligence is the perfect assistant in everyday life and work. And this assistant is improving all the time.

We must win the race between the growing power of artificial intelligence and our growing knowledge of how to manage AI – @tegmark #jobwizards https://km.social/2BWW0fA

So why should we be scared?

For that very reason: AI is improving all the time. How much longer will we be able to control it? And in whose hands does the assistant become dangerous? When the physicist Stephen Hawking, Microsoft founder Bill Gates and Tesla founder Elon Musk are agreed that humanity is losing control over super-intelligent machines and AI could bring more damage than benefit, we should take a moment to consider what is facing us. No area of life is excluded, and the working day in particular is being revolutionised.

What was that about jobs?

Not everyone is joyfully looking misty-eyed towards a golden future: ‘Hooray, I can finally devote myself to more worthwhile activities!’ Many are in the here and now, saying: ‘My job will disappear.’ A concrete example is Deutsche Bank, which employed around 97,000 people worldwide in November 2017. After 4,000 were made redundant in the last 12 months, Chief Executive John Cryan announced cuts to a further 9,000 jobs in the near future – and half of all jobs in the medium term. His reasoning: ‘We do too much manual work, which makes us susceptible to errors and inefficient.’ In particular, machine learning or artificial intelligence could make the company much more efficient. Cryan makes the point that many bankers work like robots in any case, and feels that qualified machines should take the place of qualified employees. 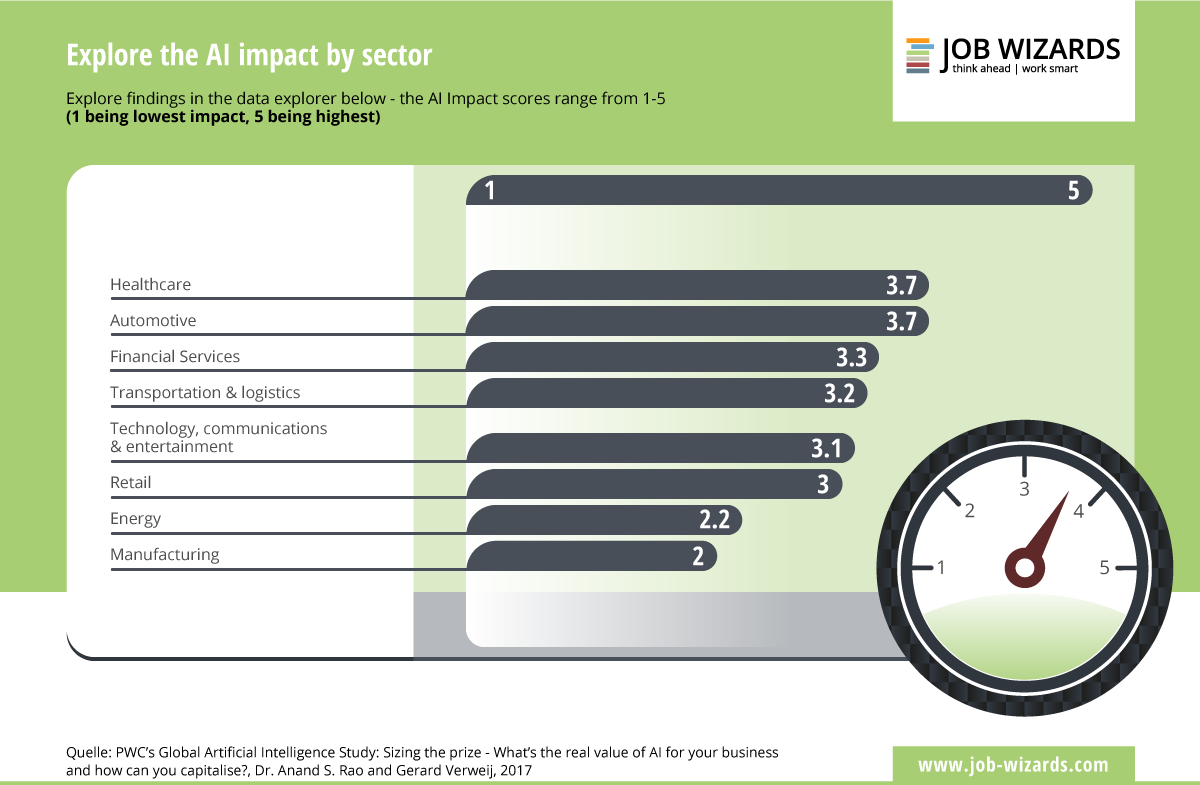 Everyone wants to be part of the major future innovation

In order not to be left behind in digital leadership, the United Arab Emirates are setting up a Ministry for Artificial Intelligence. Russian President Vladimir Putin pledged to Russia’s school pupils in a live television broadcast at the start of term in autumn 2017: ‘Artificial intelligence is the future, not only for Russia, but for all humankind. It comes with colossal opportunities, but also threats that are difficult to predict.’ That is hard to argue with, but what he added did sound a little threatening coming from his lips: ‘Whoever becomes the leader in this sphere will become the ruler of the world.’ Elon Musk, the head of Tesla, agrees, and reacted with a tweet in which he stated that competition for AI superiority at national level is the most likely cause of World War Three.

The AI colleague in the newspaper editing team

A good example of how artificial intelligence can take on everyday work in a practical way without taking away jobs was tested out by the Washington Post during the 2016 Summer Olympic Games and continued thereafter. Articles about insignificant topics were written with the help of AI, allowing journalists to devote more time to ensuring the quality of important articles. The editorial team were satisfied with the results after a year and 850 AI-written articles. This creates a new job profile for purely factual reporting, involving providing the computers with the required data and inspecting their output.

Task number one: become immune to attacks by hackers

Professor Max Tegmark from MIT Cambridge (see info box) has for years been intensively involved with the development of AI and what it means for the future of humankind. He says: ‘We must win the race between the growing power of artificial intelligence and our growing knowledge of how to manage AI. And we should not just try to learn from mistakes. That could have fatal consequences.’ He puts forward the case for initially working intensively to make computers as immune as possible to attacks by hackers, making reference to power supply systems, power stations and self-flying aeroplanes. His credo is that ‘We must also consider our values and define our goals. And we must teach AI to adopt these goals and maintain them even as it gets increasingly intelligent itself.’ He not only sees the risks, but considers himself to be optimistic: ‘The whole thing can bring huge advantages. Even today, there are robots that operate more precisely than humans. And self-learning systems can improve medicine and other technologies ever faster. For jobs in future, AI generally means: we have to give our children the right advice. They should choose careers that deal with creativity, improvisation and people.’

Max Tegmark
Max Tegmark, from Sweden, is a cosmologist and expert in AI. He works as a physics professor at the Massachusetts Institute of Technology (MIT) in Cambridge, USA. Tegmark is a co-founder of the Future of Life Institute, the advisory board of which includes Stephen Hawking, among other well-known figures. His research includes investigating what risks are associated with highly developed artificial intelligence. His new book, ‘Life 3.0: Being Human in the Age of Artificial Intelligence’, was recently published. 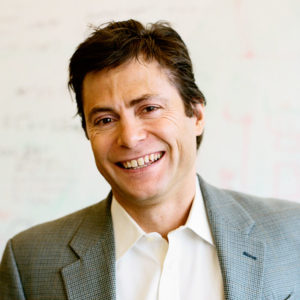 People still control computers, rather than the other way around. These words in an interview for the magazine ‘Popular Science’ with Yann LeCun, who researches AI for Facebook, apply: ‘In a very limited way, these systems are “more intelligent” than humans, but their ability is restricted to a very narrowly defined area and their autonomy is minimal. They can’t really do more than carry out the task for which they were developed.’ 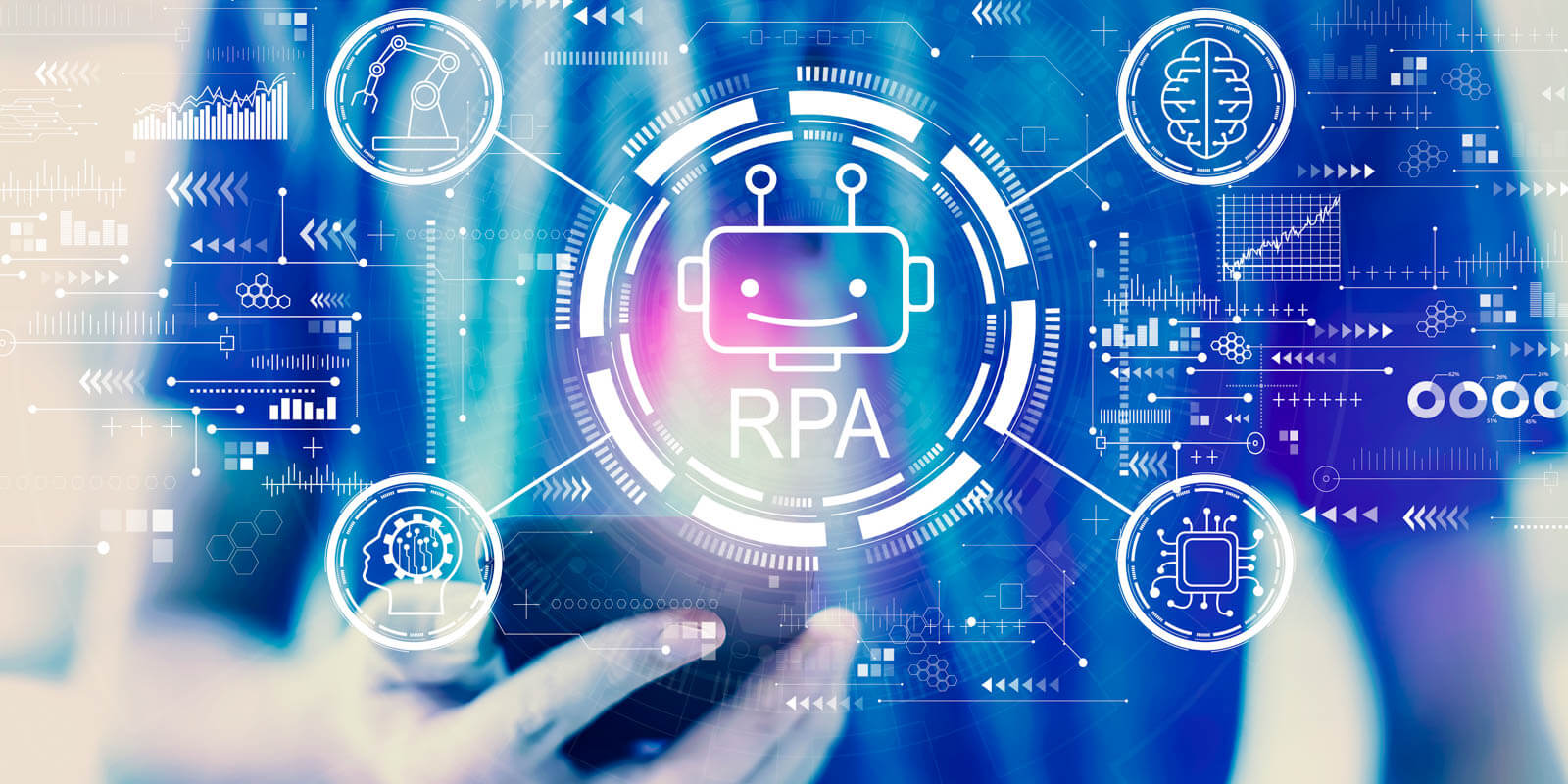 Efficient and automated: robotic process automation (RPA) is a new trend in the area of automation and digital technology. 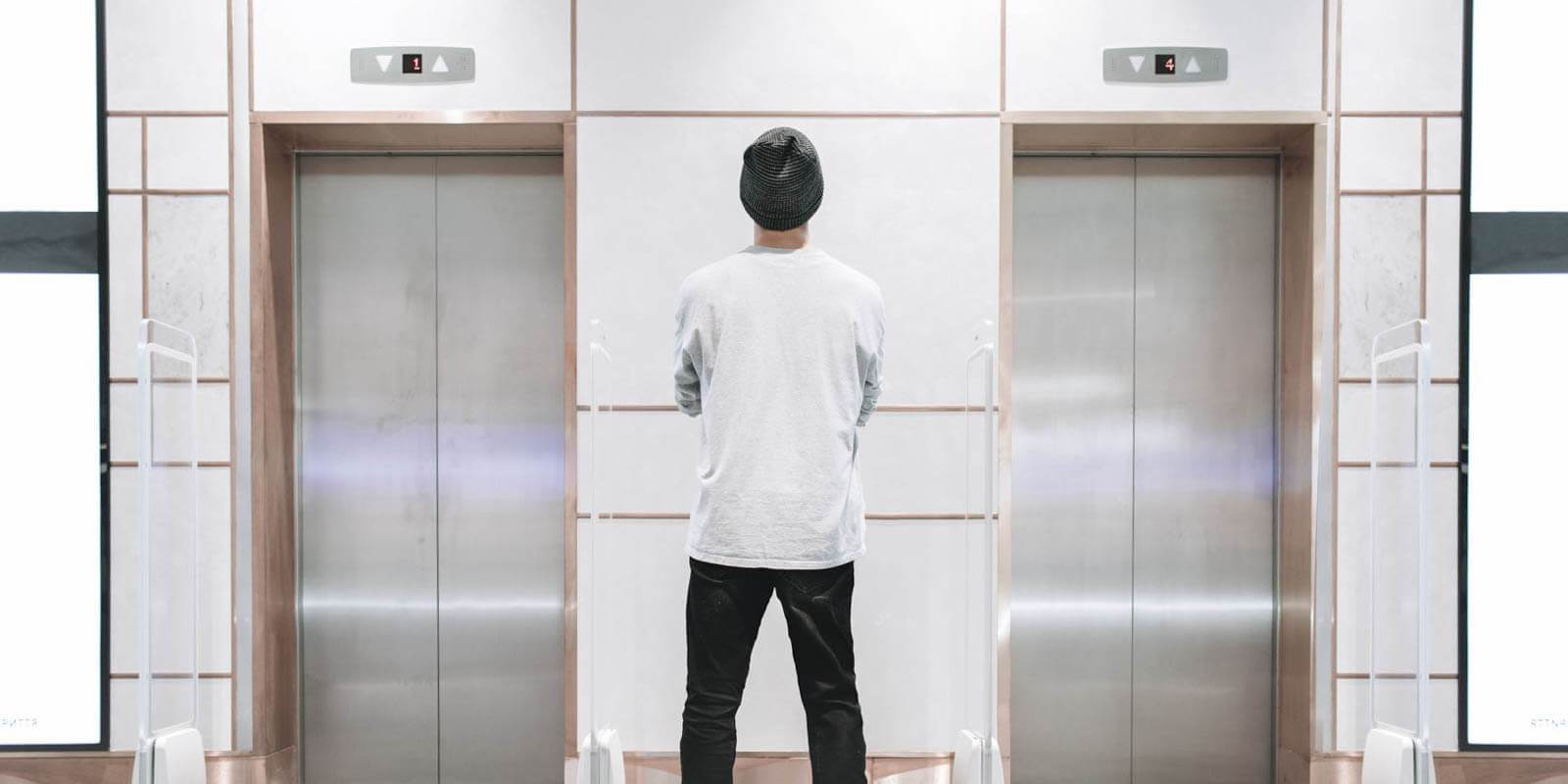 Cognitive systems: what do algorithm trainers do?

People learn through experience. Machines and algorithms do so with the help of data. But how do artificial intelligence and these cognitive systems work? 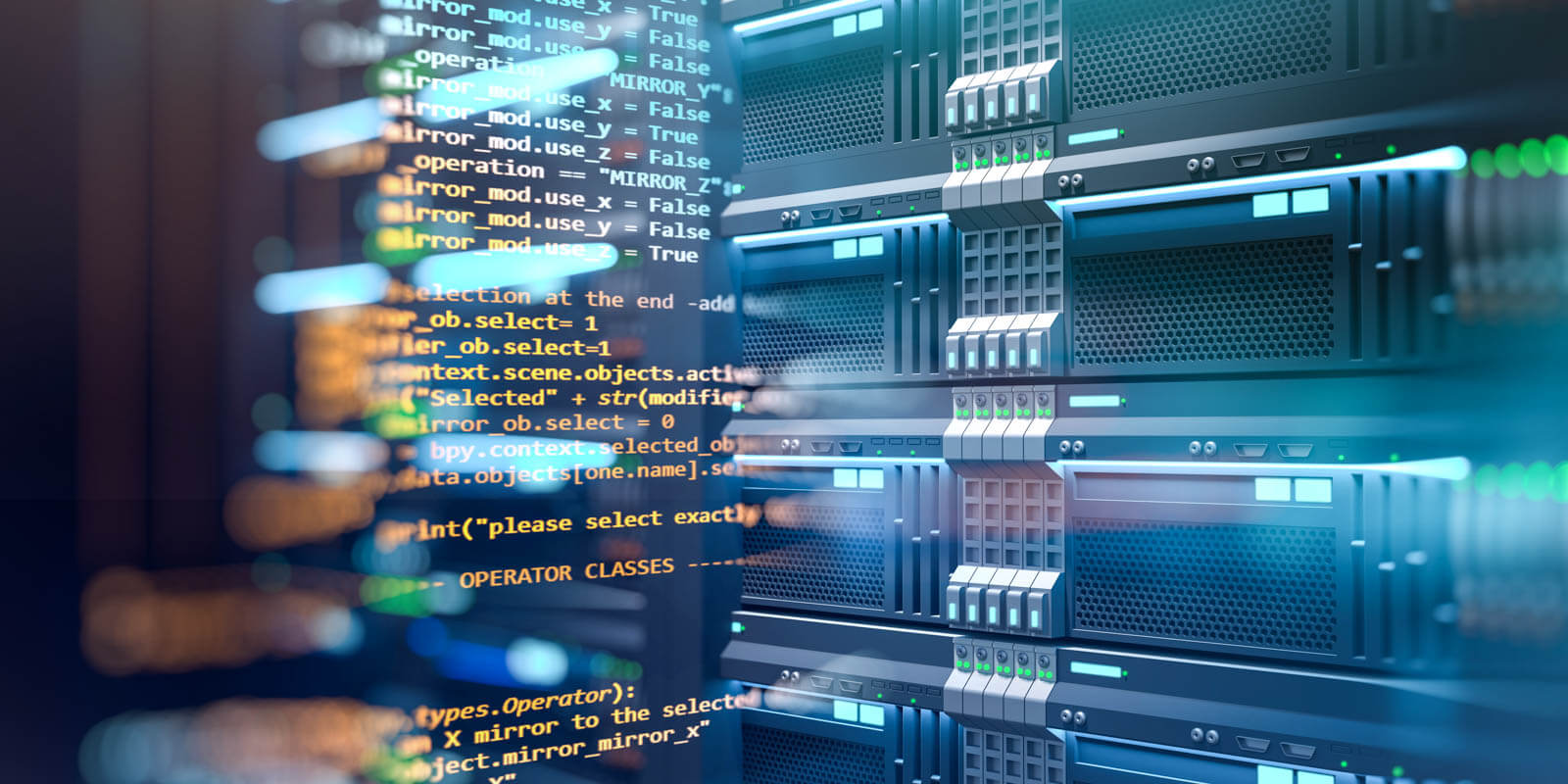 AI in cybersecurity – a game of thrones

Cyber attacks are a true threat for any business. Read on to find out how to improve cybersecurity and reduce risks in your infrastructure.