The ultra-fast 5G network was only introduced worldwide in 2019, but this mobile technology and its benefits for customers and businesses set the focus of the Mobile World Congress in Barcelona in February 2020. The motto of the congress, taking place together with a specialist trade fair, is ‘Limitless Intelligent Connectivity’. That sums up what is so exciting about 5G.

The new 5G transfer speeds are helping promising new technologies to break through. Key to Industry 4.0, for example, are the Internet of Things (IoT), autonomous driving, blockchain and artificial intelligence. In this way, 5G will make major changes to business as we know it today.

When is 5G coming?

Europe as a political entity does not want to miss out on these changes. As early as 2013, the European Parliament adopted a strategy to introduce 5G infrastructure as the standard in Europe. The German Federal Network Agency launched the auction of frequencies for Germany in March 2019. The four companies Deutsche Telekom, Vodafone, Telefonica and 1&1 Drillisch participated in the auction, and divided the 41 blocks of broadband spectrum among themselves for a total cost of 6.6 billion euros.

Vodafone became the first to start operating 5G in 20 German cities in July 2019. Telekom followed in late summer with 129 antennas in five major cities. It will be some time before there is wireless 5G across the country. Telekom wants to be able to supply 99% of the population with full 5G service by 2025.

The main differences from mobile networks as we know them are:

What does 5G do for business?

The technical advantages result in many practical benefits from the use of 5G technology in business processes. The new, fast, wireless protocol has intelligent features such as network slicing, which makes it possible to set up and operate virtual networks in parallel. In this decentralised organisation, any device can be a recipient and sender of data. That explains the great new speeds. 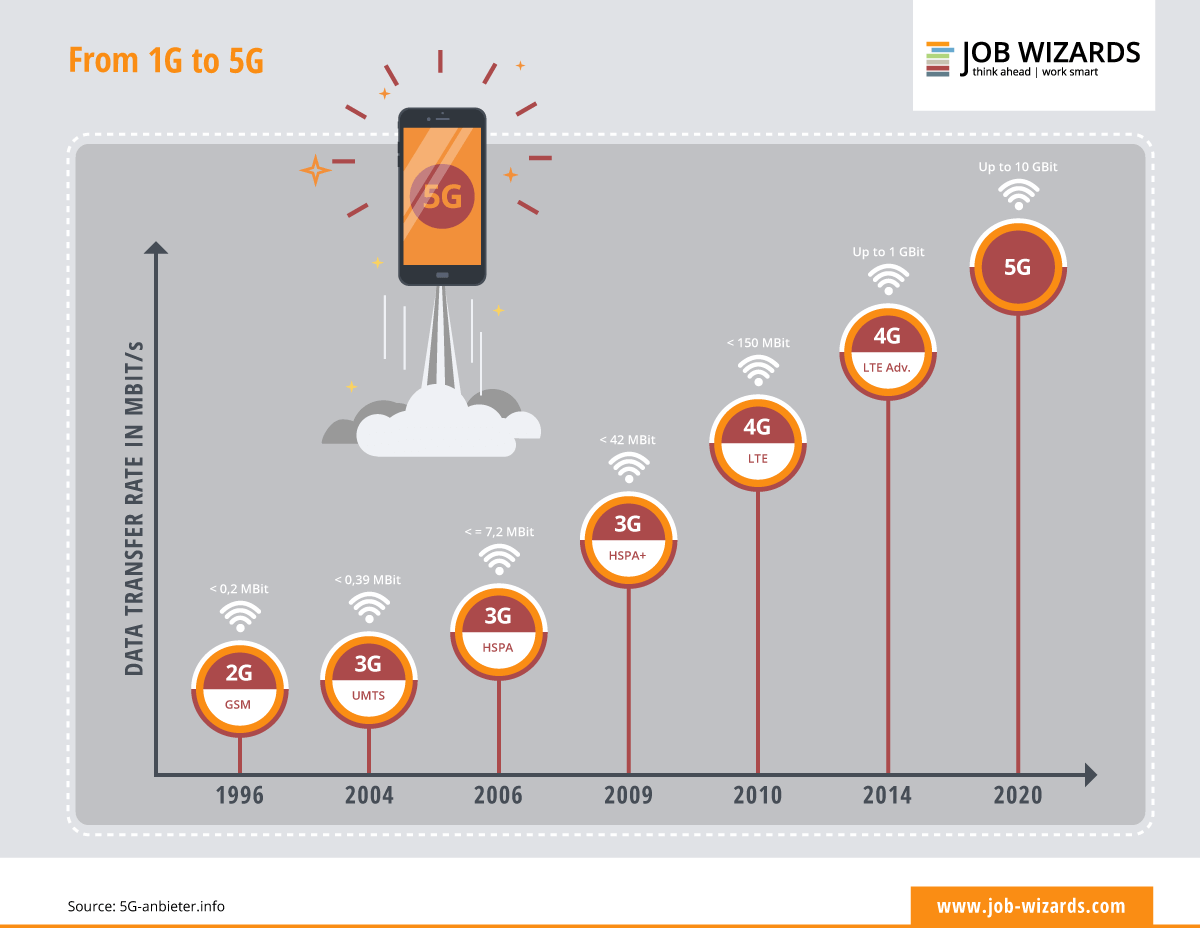 How soon will 5G be available?

In Austria, Scandinavia, Benelux, Germany, the UK and France, 5G is already installed and used in large cities. Switzerland has expanded its 5G network more than any other country in the world. A commercial 5G network will be established throughout Switzerland by the end of 2019.

What ideas for application of 5G are already available?

There are already many ideas for business applications of 5G. Networked production makes manufacturing more flexible, meaning small series can be produced cost-effectively. This will please customers who, for example, have their own ideas about colour, functions and design elements.

Campus networks bring 5G to industry. This means that heterogeneous plant technology in factories can be well networked, and automatically controlled and regulated. The ‘smart factory’, in which remotely controlled robots carry out production, will prevail. Anything that can be connected in order to make it more intelligent will be connected via the IoT. What smart idea do you want to implement?

Super-fast, secure and with no gaps in the network: the next #generation of #mobile connection, #5G, is getting underway and will seriously change business. Make use of the benefits for your company. Read more on #jobwizards https://km.social/2THyk57 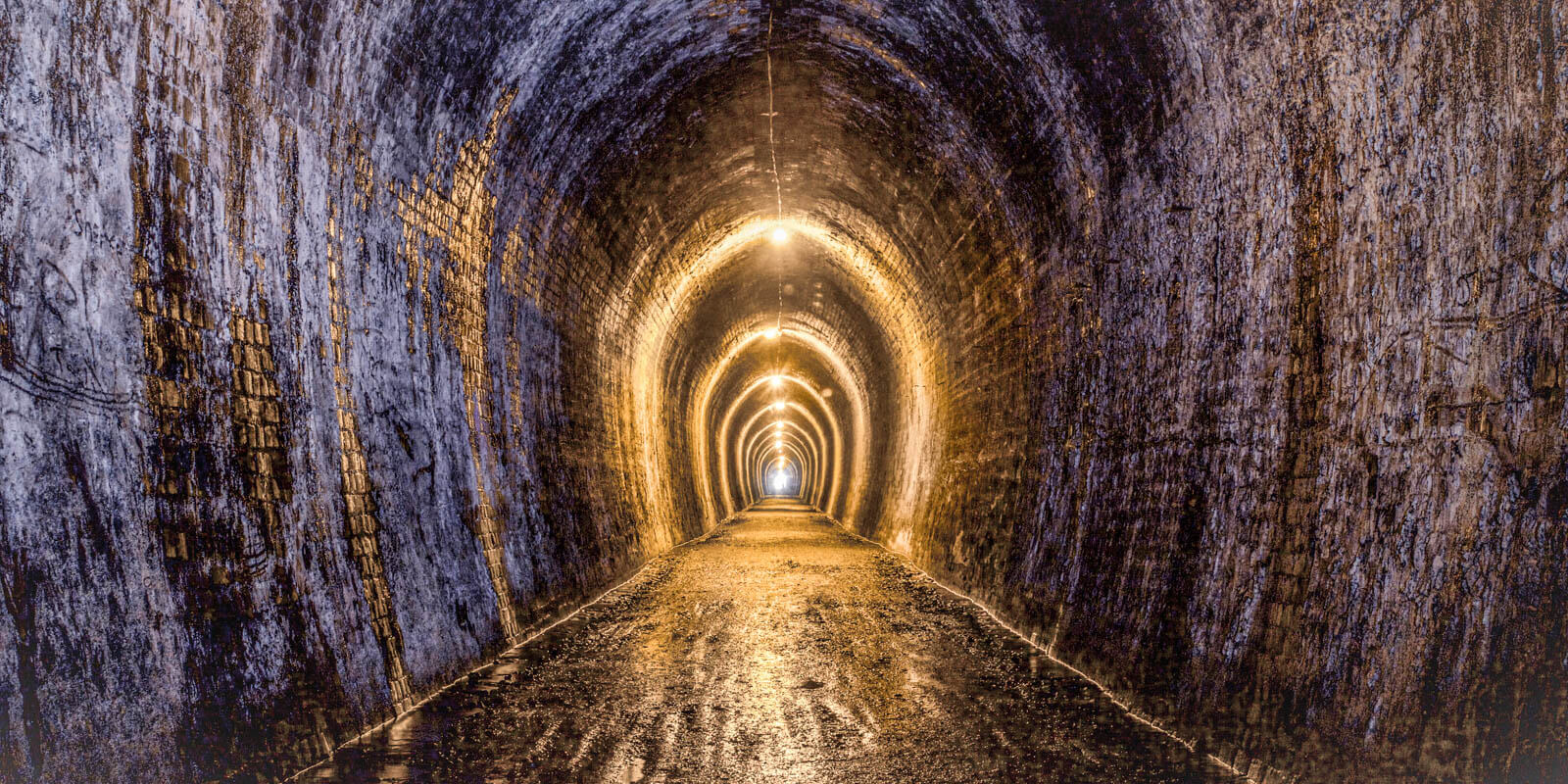 Every business produces data. Data mining uses it to extract valuable knowledge for successful business. Job Wizards explain how you can benefit. 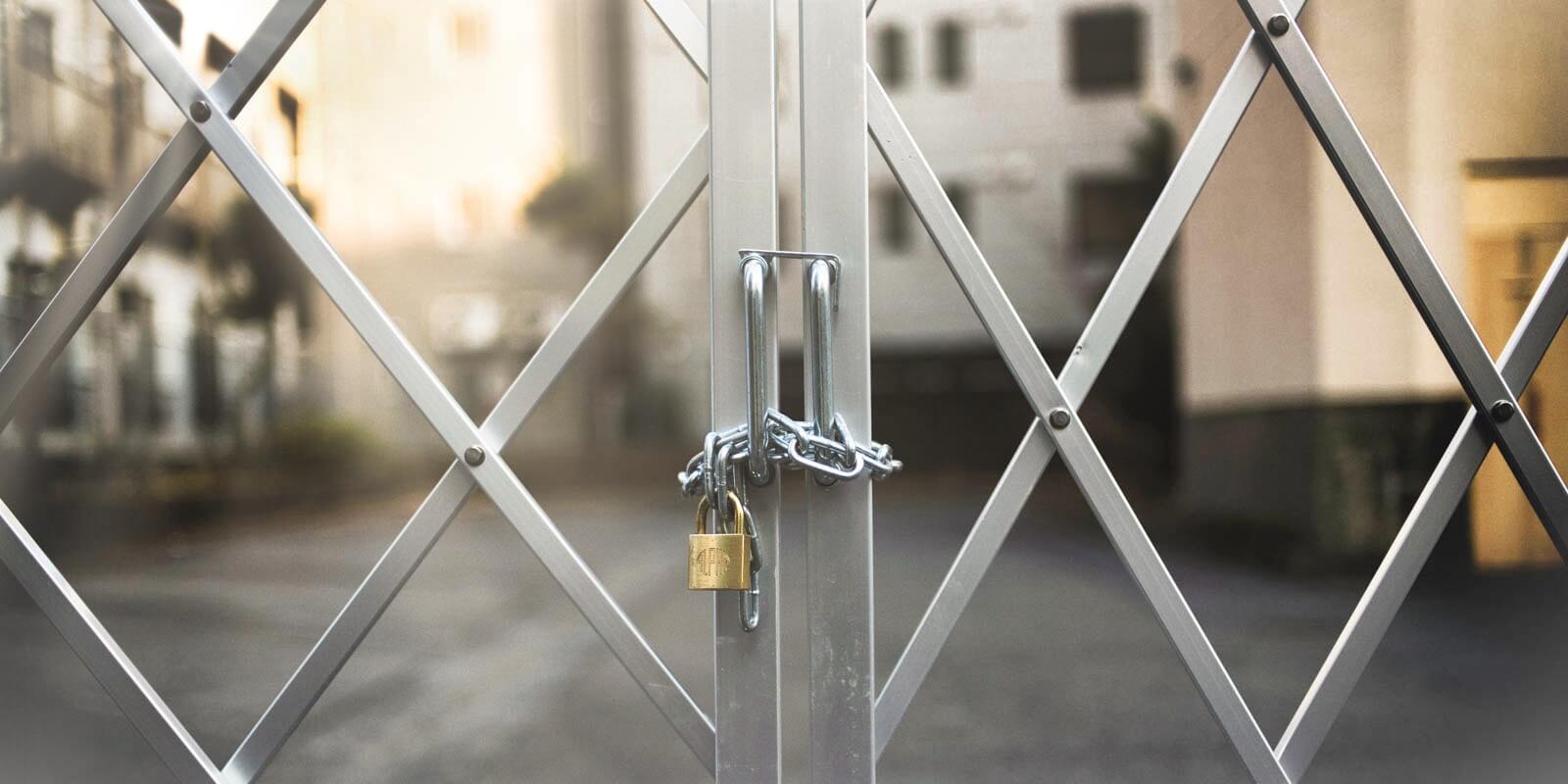 Find out how SMEs comprehensively and proactively secure data so that they do not become an easy target for hackers or malware.